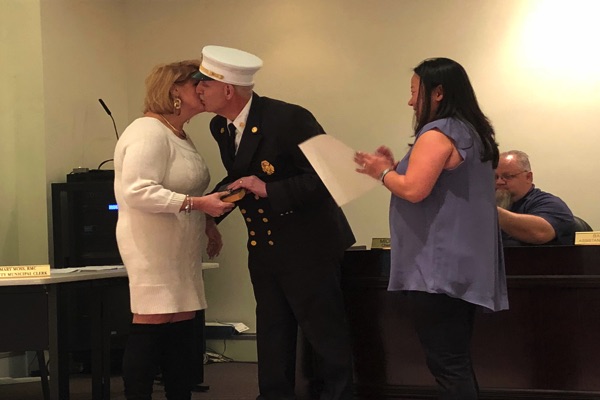 Ronald Guidetti was sworn in as fire chief on Dec. 28.

LONG BRANCH: Ronald Guidetti and Kevin Stout have been members of the Long Branch Fire Department for years and will continue to lead in 2018.

Guidetti was sworn in as Long Branch Fire Chief and Stout was named 1st Assistant Chief during the Dec. 28 Long Branch Council meeting. The ceremony has been held on New Year's Day in the past, but the new chiefs asked for it to be moved to a council meeting.

"The city is truly blessed to have two incredibly competent leaders in this fire department leading into our next challenges," Long Branch Public Safety Director Kevin Hayes said.

"It's not always necessarily about getting up at 4 in the morning to fight a fire," Schneider said. "It's about decisions on a daily basis, running the department, the staffing, the equipment. The work that goes into that is 365, it really is."