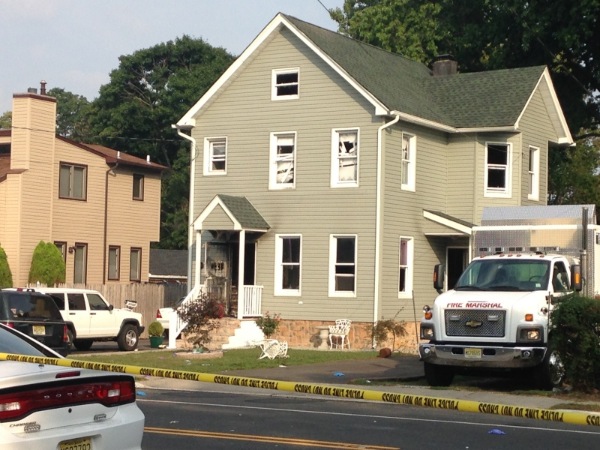 Long Branch police and firefighters responded to multiple 911 calls at 11:48 p.m. reporting a fire at 245 Joline Avenue in the city. Once on scene, Long Branch fire officials elevated the fire to a two-alarm fire and requested assistance from additional fire companies fromWest Long Branch, Sea Bright, Oakhurst, Oceanport and Eatontown.

The fire was quickly suppressed. Firefighters and Police officers from the Long Branch Fire Department discovered the four individuals inside a second floor bedroom. All four were transported to Monmouth Medical Center, where despite life-saving efforts all died.

The deceased are identified as: Lyndon "Shane" Beharry, 35, Amanda Morris, 29, and their sons, Brandon Beharry, 7 and Brian Beharry, 4. The post-mortem examinations were conducted by the Middlesex County Medical Examiner's office. While the cause of death is still pending additional studies, which will not be available for several weeks, all four individuals have injuries that are consistent with gunshot wounds. The manners of death of Ms. Morris and her children have been ruled a homicide. Lyndon "Shane" Beharry's sole injury was determined to be a self-inflicted gun-shot wound. The fire has been classified incendiary in nature.

Anyone with any information is urged to call Detective Pamela Ricciardi, of the Monmouth County Prosecutor's Office at 1-800-533-7443 or Detective Rich O'Brien of the Long Branch Police Department at 732-222-1000.

The case is being handled by Monmouth County Assistant Prosecutor Meghan Doyle.