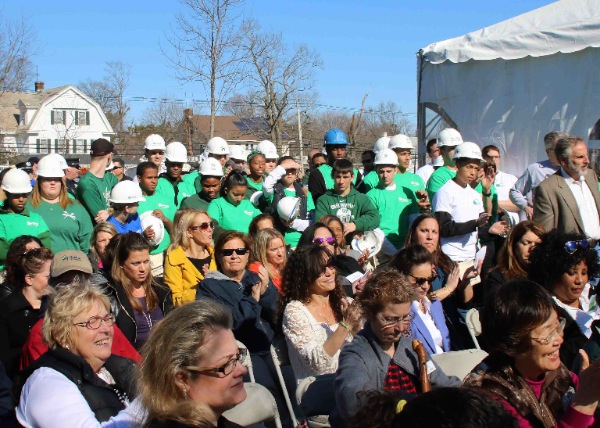 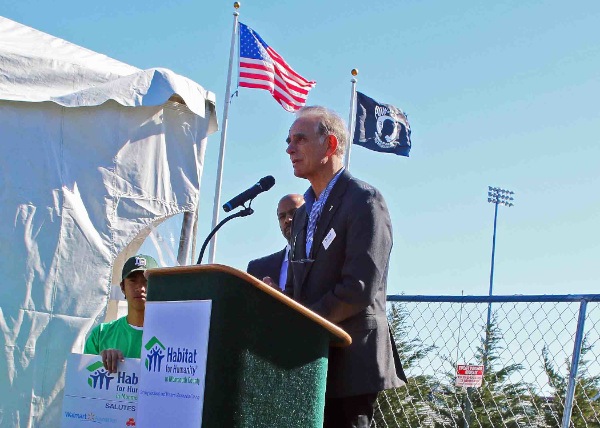 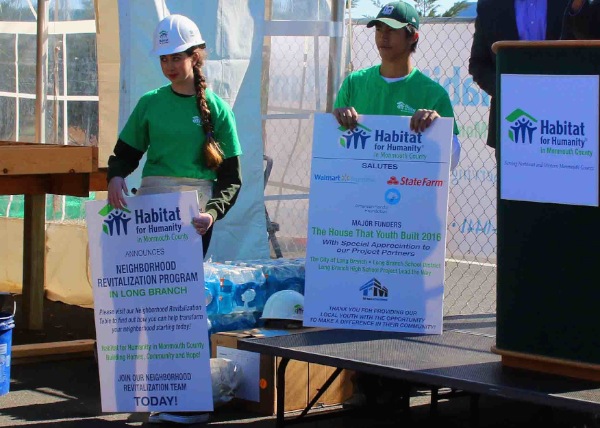 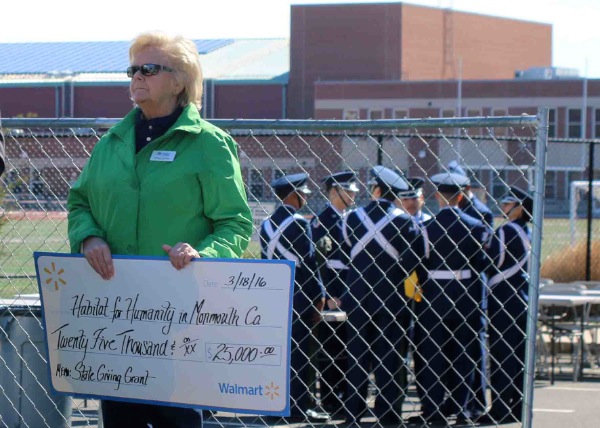 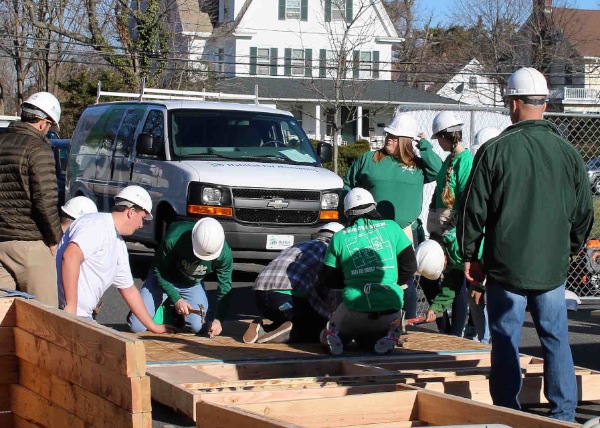 LONG BRANCH: Students of the Civil Engineering program at Long Branch High School joined in the fulfillment of a dream of a shore family who lost their home in Hurricane Sandy.

Barbara Durak and her family had a home built for them by Habitat For Humanity in a project much like an upcoming one for a family on Seventh Avenue.

Ms. Durak spoke to the crowd of engineers, contractor volunteers and city officials, along with many from the public who have followed these stories of Sandy's aftermath and the most difficult proceedings that have followed. She told of the storm itself and the damage after it was over, leaving all but a near vacant lot. The reality of her loss took a while to settle in and moving on to begin/ Hope wore thin after a while, delays in getting help leading to a search for help that found its way to Habitat.

The answer is to be the new home in a lot on Seventh Avenue donated by the City of Long Branch and planned, designed and constructed by the project team which included the students at the high school, participants in all stages of the project since its inception. The plan will meet the Durak's needs and hopes, and provide a community service credit for the students. But to talk to them, the value is in the giving, the help they contribute to a neighbor, who lost it all. And they can help give all back.

Walmart stores donated $25,000. Engineering firm T&M Associates was recognized for their valued help in the project. Other donations and volunteers were gratefully noted.

In the lime light was the students, excited, hammers in hand building the built framing to be carried to Seventh Avenue. They will follow up on site as that "next steps" comes up. Ms. Durak asked them to reach high to the sky, for her, as she gave tribute to them. "Reach higher" she said as each stretched and stood on their toes, hands raised in commitment to her dream. A learning will extend beyond the skills and education their civil engineering project leaves with them.

The LBHS Jr. Air Force R.O.T.C. presented the colors as the event began at 10:30 on Friday. The Flag Salute and National Anthem followed with greeting from Nancy Doran of Monmouth County's Habitat. Exec. Director Ray Gable spoke about Habitat's programs and how they get support in many ways from the pubic, and especially from the students of LBHS, in this case.

Mayor Adam Schneider told of the support the city has chipped in, the lot on Seventh a small but important piece, he said. Superintendent of Schools Dr. Michael Salvatore congratulated the students with a hearty wave and thanks to all teachers and staff who are a part of the project.

Police, Fire Department, First Aid, DPW, and other city entities were in the crowd, all focused on the work going on, and cheering positively at each step of the program.

The students' work went on as the day went forward.

The celebration lasted an hour or so, but will last a lifetime for the Duraks.