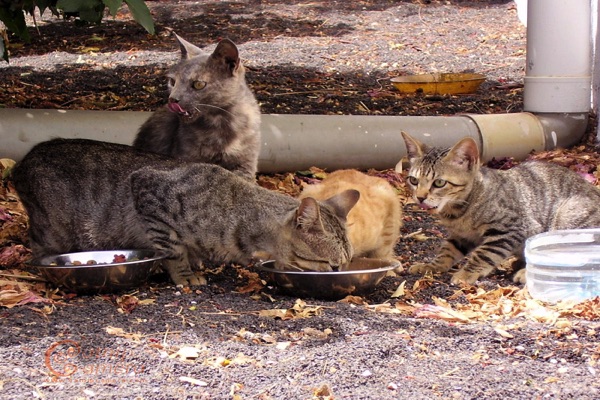 LONG BRANCH: The Long Branch Council is considering an ordinance that would help deal with nuisances caused by the city's feral cat population.

Long Branch Animal Control Director Sydney Johnson said he and City Attorney James Aaron worked together to develop an amended ordinance after discussing the matter with the council two months ago.

Johnson said the ordinance would accomplish several things for feral cat colonies and private residences that harbor many outdoor cats.

"It allows us to address public nuisances, specifically caused by cats that affect neighbors and other people," he said. "This gives us a tool to resolve those disputes."

If a colony were to become a nuisance, the ordinance would help the city identify an owner of the colony and hold them responsible for correcting the situation. Not addressing a situation could incur a penalty of $100.

It would also encourage the licensing and vaccination of feral cats.

"If they do license their cats, we have a way to follow that cat and get it reunited with its owner," Johnson said.

Councilwoman Mary Jane Celli suggested cats should not have collars with licenses for safety reasons. Johnson agreed and said microchipping them would be a better alternative.

The licensing fee would likely be set at $3 for a spayed or neutered cat.

Johnson said the final thing the ordinance does is put a cap on the number of feral cats that can be kept in a colony at nine. This cap would go into effect in four years from the adoption of the ordinance and would only apply to feral cats, not indoor felines.

"We want people to know they can keep their cats and we can work with them with the idea that some point in the future, there would be a cap on the number of animals," he said.

The council will review the ordinance and it could either be tweaked or simply introduced at a future meeting.