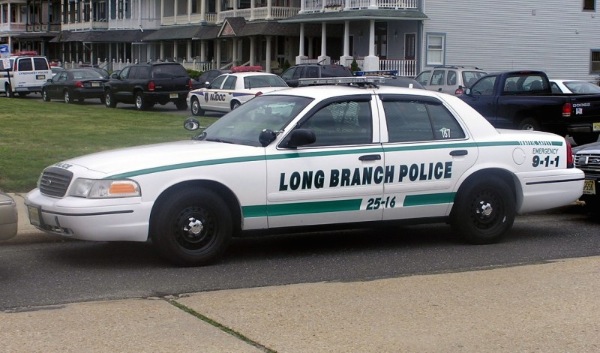 On March 31, at approximately 6 a.m., Lt. Jorge Silverio was patrolling in the area of Myrtle Avenue when he recognized a stolen vehicle being operated by a subject later identified as Dwayne Williams.

After a short vehicle pursuit, Williams crashed into a parked vehicle and fled on foot, discarding a handgun and black mask. A perimeter was set up and Long Branch PD K9 handler, Sgt. Robert Shamrock and Monmouth County Sheriff's Officer K9 handler, Kurt Kroeper performed a track for the suspect.

Further investigation revealed that a subject matching Williams' description called for a cab from a nearby location, McDonald's in West Long Branch, and took that cab to Wanamassa.

The Long Branch Police Department's Detective Bureau was on scene by this time and Detectives Lt. Jeff Grippaldi, Sgt. Jeff Pilone, Joseph Spitale, Todd Coleman, Michael Verdadeiro, Ross Zotti and Joe Kennedy went to that location, near Wanamassa Gardens. With the assistance of Ocean Township PD and Lt. Segarra, Detective Lt. Torchia, Detectives Malone and Burke, they were able to locate Williams hiding in the attic of a nearby apartment complex.

For several months, Williams had been a person of interest in a string of armed home invasions and burglaries in the Brazilian community. Because of the cooperation between the Long Branch Detective Bureau and the Patrol Division, and with the assistance of the Ocean Township Police, Williams was ultimately charged with several of these burglaries and home-invasion style robberies.

Williams was charged with the following Long Branch crimes:

He was wanted on a Violation of probation for Possession of a Weapon.