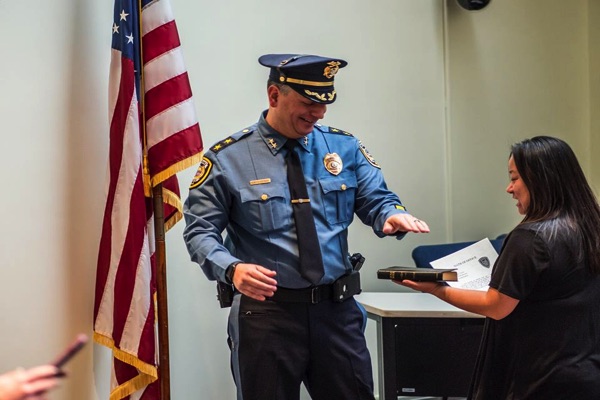 A ceremony will be held at 4 p.m. on Friday, Feb. 2 at Long Branch City Hall, 344 Broadway, and all are welcome to attend.

Roebuck was recently tabbed as the police chief after serving as provisional police chief for most of the 2017.

New officers Conor Mullan, Shane Carroll, Christopher Remedios, Julian Morgan, Evan Morrell and Daniel Cunha will also be sworn in during the ceremony. Although the officers were hired last year, the city usually holds ceremonies such as these so the officers' friends and families can attend and be a part of the festivities.