Long Branch Police Recognized For Going 'Above And Beyond' 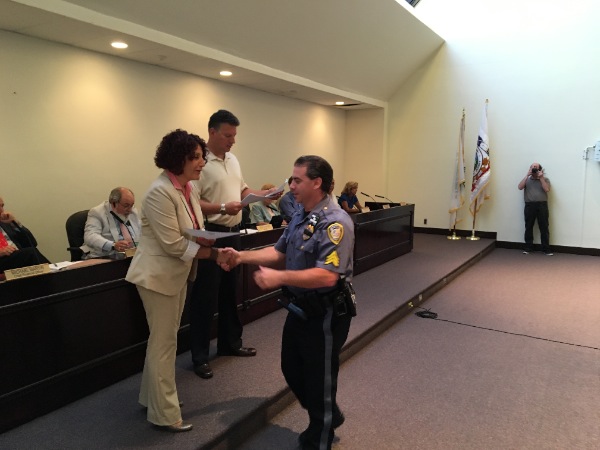 LONG BRANCH: After a week where several police officers lost their lives in the line of duty, the commendation ceremony for the city's police department took on a bit of a different meaning.

"With events of last week still fresh in everyone's minds, ceremonies like this take on a little more significance than they usually do," Long Branch Director of Public Safety Jason Roebuck said at the July 12 city council meeting.

Roebuck said asked all in attendance to think about the things the Long Branch Police Department has done in the last few months before passing before speaking out against officers in social media.

"In the days and weeks ahead, as once again law enforcement officers are going to be under fire, that before you send out that Facebook message, or Tweet, or you say something about the cops to your friend, that you think about these guys and women and about the things that they do," Roebuck said. "They are out every day putting their lives in danger so we can go home at night and sleep peacefully."

Several officers were on hand and were presented with certificates of recognition for several heroic acts they performed throughout the city since the start of 2016, including stopping a burglary in process and busting a major narcotic manufacturing ring on Long Branch Avenue.