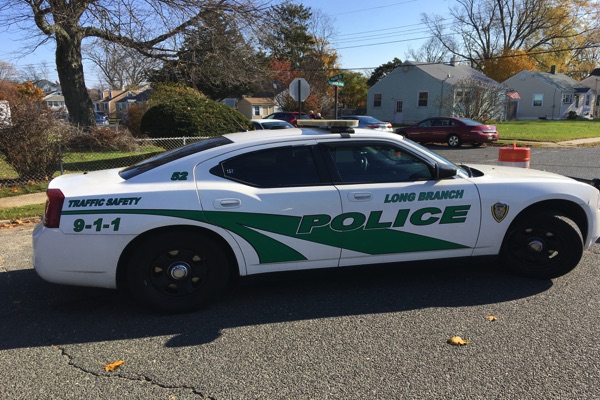 On Wednesday, 5/3/17, at approximately 4:15 AM, headquarters received a call for a suspicious vehicle stopped in the middle of the road, with two occupants whom appeared to be sleeping.

Cpl. Delacruz and P.O. Umana were first to arrive on scene and began to investigate. Their professional actions and keen observations allowed them to locate and retrieve a loaded handgun which the driver was carrying. P.O. Umana secured the handgun and handcuffed the driver while P.O. Cpl. Delacruz covered the passenger.

The status of the call was radioed in to headquarters and backup officers, P.O. Richards and P.O. Beirne, quickly arrived. P.O. Richards removed the passenger from the vehicle while P.O. Beirne covered the subject. While conducting a pat down of the second subject, P.O. Richards discovered that he too was carrying a loaded handgun.

The excellent communication and teamwork demonstrated by all officers involved not only resulted in the removal of two handguns, but also the seizure of a sizable amount of illegal narcotics which were located within the vehicle.