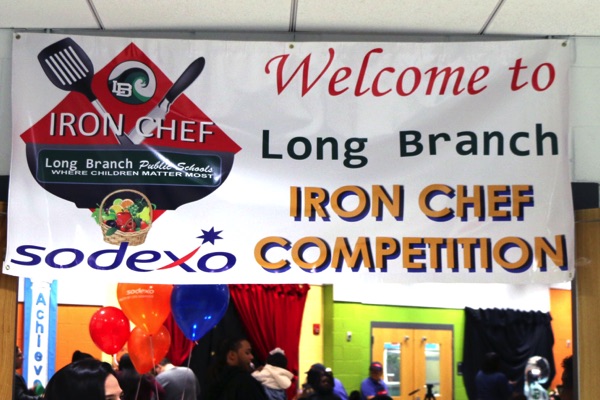 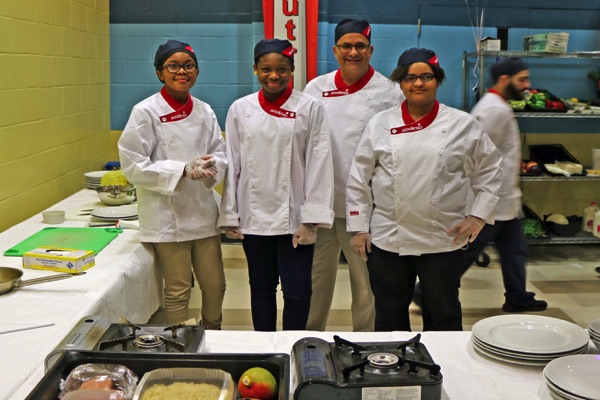 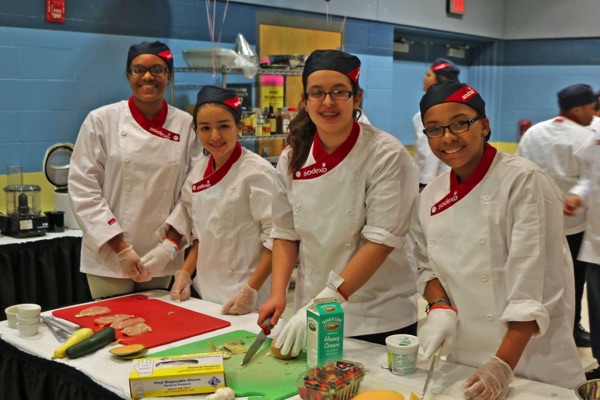 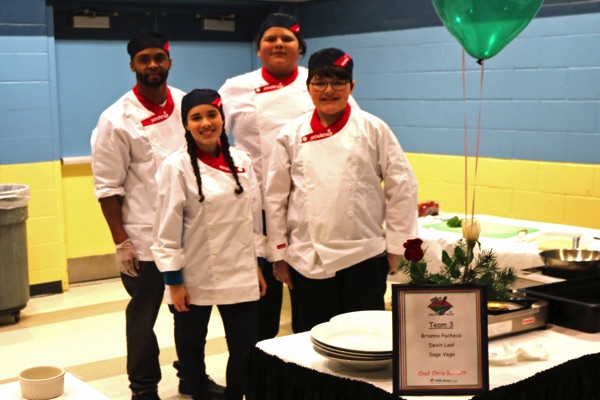 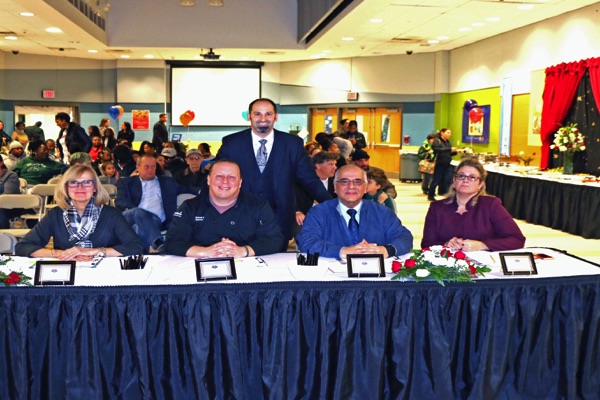 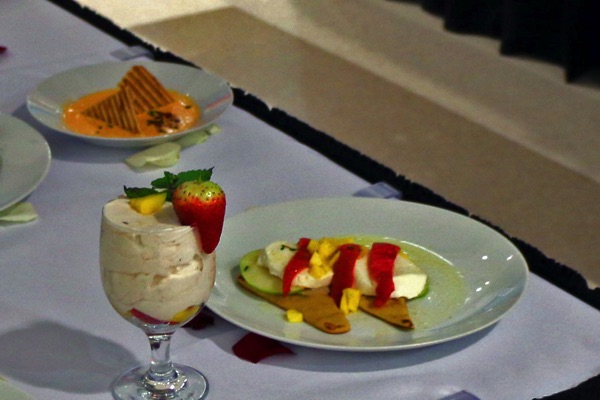 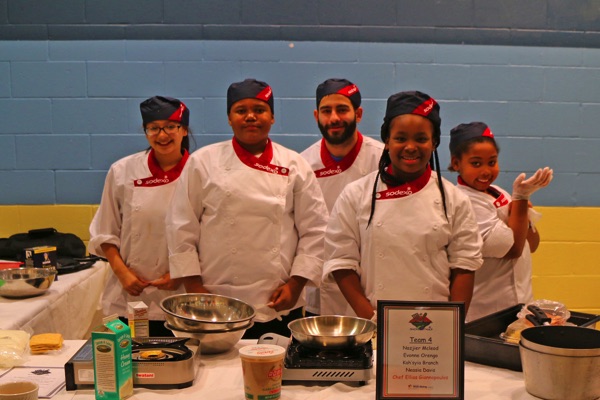 LONG BRANCH: The judges at the second year Iron Chef Competition held at the Middle School last week found their job bot challenging as well as delightful to their palates.

The four teams of students did a great job of preparing full course meals in a competition assisted by professional chefs as well as staff members from the Sodexo Company, the schools' food suppliers who contract to operate the cafeterias in the city schools. The Long Branch Schools are the co-sponsor of now in its second official year as the Iron Chef Competition. For several years before ad hoc contests were the annual "thing".

Each team planned and implemented their own menu with common judging criteria which were: Appetizer; Entrée; Dessert; Team Spirit; Presentation. The highest sum total determined the Iron Chef of 2017. The six criteria were applied to each team to be summed to produce the "Best Overall."

The teams were students from grades 6 through 12 Middle and High Schools:

Superintendent Dr. Michael Salvatore emceed the event with help from a panel of food tasting experts who judged the performances of the teams from their end products by criteria. Their efforts were judiciously exercised and tough decisions came after careful deliberations. The certainly enjoyed the task, which included sampling the end results. Dr. Salvatore added his informal critique as he also "sampled" the results. (But he left the decisions to the judges.)

Dr. Salvatore announced the winners by category and handed each team their awards. Team 1 as the high rated Desert category winner. Team 3 took the awards for Entrée as Team 2 took a double prize for Team Spirit and Presentation. While each was tops in the given category, Team 4 took the Total Iron Chef Award with Best Overall among the six categories.

Cheers were most enthusiastic as the hundred friends and family members sounded their approvals. The silent winners were the students' choices for their Best Assistants, with mothers and grandmothers receiving the most cheers from the students. They were the silent tutors who taught them the secrets the family members hold close to their hearts, along with their student learners.