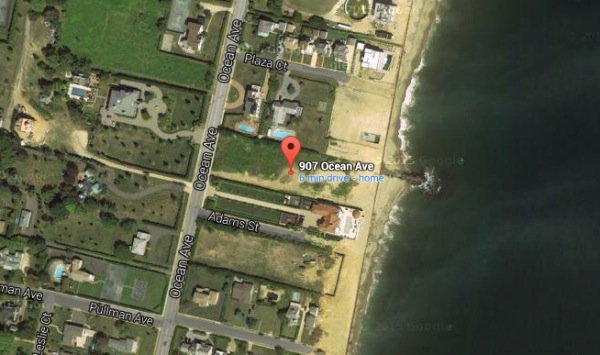 LONG BRANCH: After hearing nearly 40 minutes of public comments urging them not to move forward, the city council voted down an ordinance that would have given up a beachfront easement to a property developer.

The ordinance was defeated by a 3-2 vote with Councilman John Pallone and Councilwomen Joy Bastelli and Mary Jane Celli voted against it.

Pallone said that the easement was created in 1938 so construction work, including jetty construction or bulkhead renewal, could begin and workers could move material to the construction site by foot or vehicle across the property "until work was completed"

"This was the sole purpose of the agreement, as such, I believe there's no need for the council to act on vacating the easement because once the work was completed the so-called easement, in my opinion, and others was extinguished," Pallone said.

The easement runs perpendicular to the ocean near an undeveloped lot at 907 Ocean Avenue, and the owner of the lot has asked the city to vacate it so he can have a clean title to the property and build a house. The property is now owned 907 Ocean Ave., LLC, which is a subsidiary of a real estate investment firm partially owned by Jason Labaz, of New York City.

Pallone added that the council may be setting a "bad precedent" which could cause other property owners to ask for the council to take similar action as there are other sites with easements such as the one at 907 Ocean Ave.

Celli agreed that vacating it could set a bad precedent.

"I don't think the city should be in the business of vacating easements...and I'm not sure if this is a real estate problem and not a city problem," Celli said.

Locals and environmentalists have said the land has been used by fishermen and surfers to access the beach.

Councilwoman Kathleen Billings, who voted in favor of the ordinance, said the issue of access is not the same as easement.

"The easement is one thing, but the access is something different," Billings said. "This is a private property and the people who are going and using this access are using it because the property owner has allowed them."

Councilman Michael Sirianni said there is no public access at the site on the city's registry, but said that once the property owner goes before CAFRA to build their home, there is a possibility that public access could be required by the state.

John Weber of the Surfrider Foundation said the city has missed an opportunity as it "could have been looking at making this a public access point."

Mayor Adam Schneider argued that his administration has been adding public access over the last 20 years and that the city did not know about the easement until the property owner's attorney brought it to their attention.

Weber was one of several who asked for the council to vote down the ordinance and said he said he wanted to work with city on improving access.