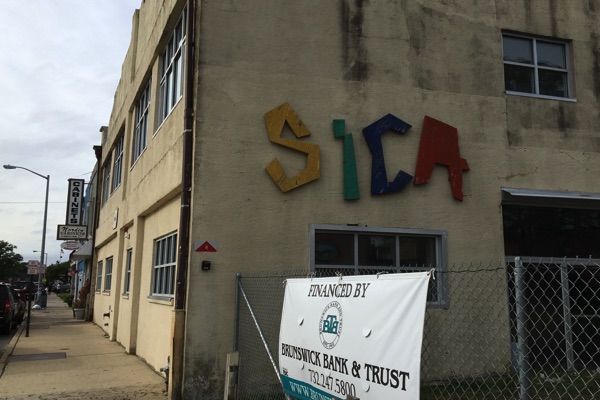 LONG BRANCH: The city is working toward an agreement that would redevelop the former Shore Institute For Contemporary Arts (SICA) building in the Lower Broadway area of the city.

The building, located at 20 Third Ave., has been vacant since SICA left for Asbury Park in 2011. The new owner of the building, which also once housed the Lincon Can Manufacturing company, is Darren Davis. Davis also owns Celtic Concepts, John Guire Company and several other properties in Long Branch.

His latest venture in the Lower Broadway redevelopment zone could come to fruition soon, according to Long Branch Business Administrator Kevin Hayes.

"We're putting together a redevelopment agreement with Darren Davis who is doing a residential use on the second floor and commercial on the first floor," Hayes said.

Hayes said there will also be a shared parking between Davis' building, the city and the Greater Long Branch Chamber of Commerce which is located around the corner on Broadway.

Once the city reaches a redevelopment agreement with Davis, he will need to get approval to build his project from the Long Branch Planning Board.

Hayes said the future of the Lower Broadway zone is looking brighter thanks to this development and a project by PAX across the street that will soon be moving forward.

"Those are two big projects for downtown, so we're starting to see movement that is really exciting," Hayes said.