Mayor: New Sea Bright Pavilion/Library On Time And Under Budget 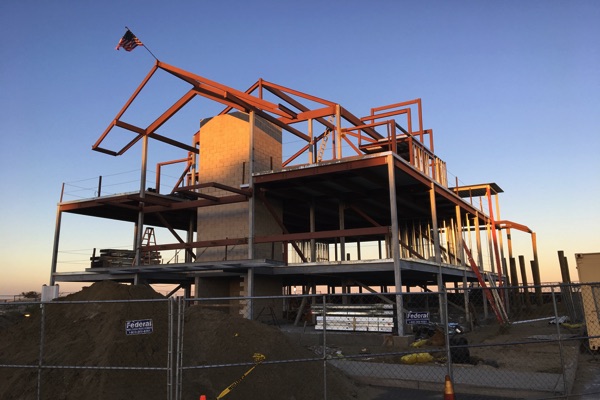 SEA BRIGHT: The borough's new beachfront pavilion is being built on time and under budget, according to Mayor Dina Long.

The Sea Bright Council awarded a $3.85 million contact to Kelso Construction Company, Inc., based out of Manasquan, earlier this year.

The borough received 10 bids for the project, but Kelso was deemed to be the lowest responsible bidder. The highest bid of $4.7 million was submitted by McCauley Construction Company, of Long Branch.

Nearly $5 million was bonded in anticipation of the project through a special election held last September. Over 500 people voted in the special election, with over 300 voting for to approve each of the three questions which asked them if they supported the bond ordinances for the construction of the pavilion and a new municipal building.

Long said work on the building is progressing well and that project is shaping up to be cheaper than anticipated. She said the original estimates for the project were around $4.3 million, so the project is under budget by about $450,000.

The $3.85 million price tag also includes a $175,000 contingency in the event of any unexpected construction problems.

The project is expected to be completed in May, 2018.