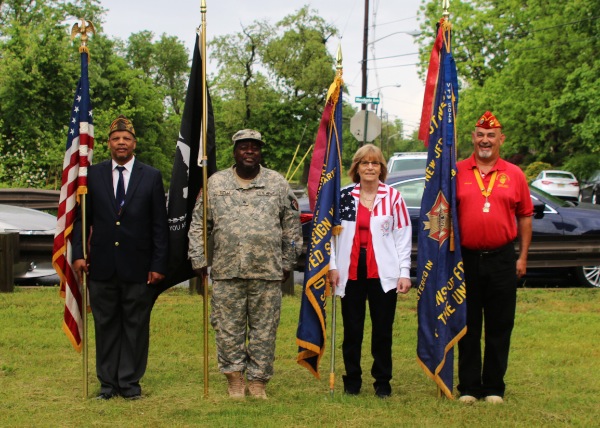 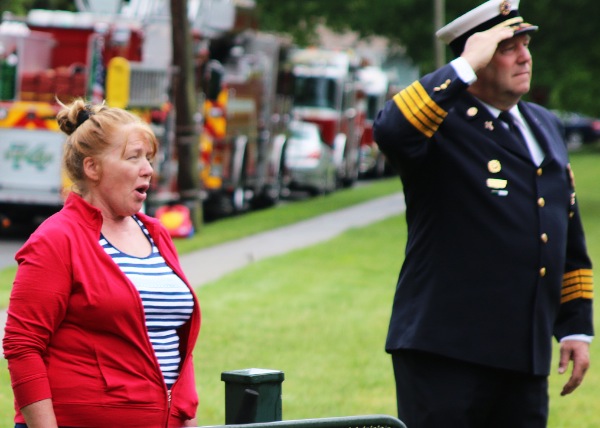 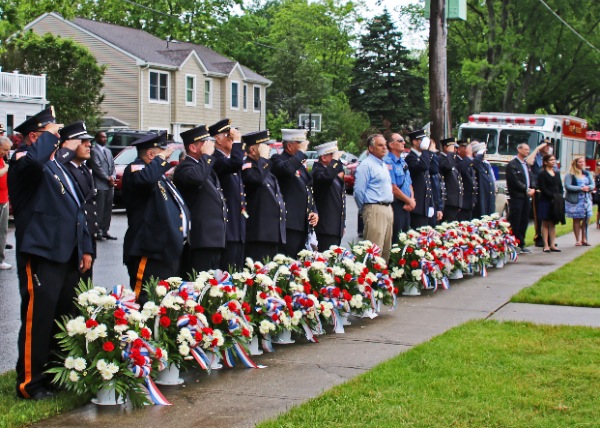 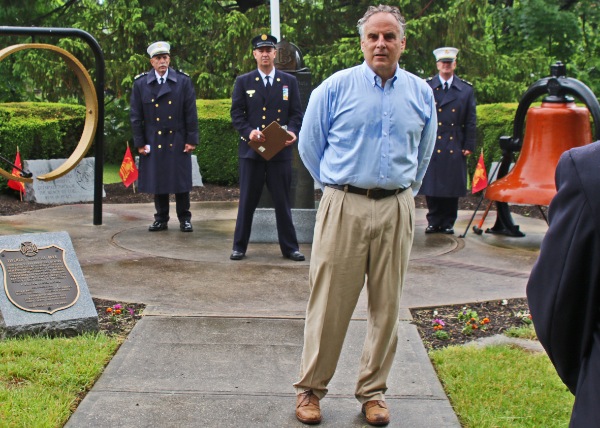 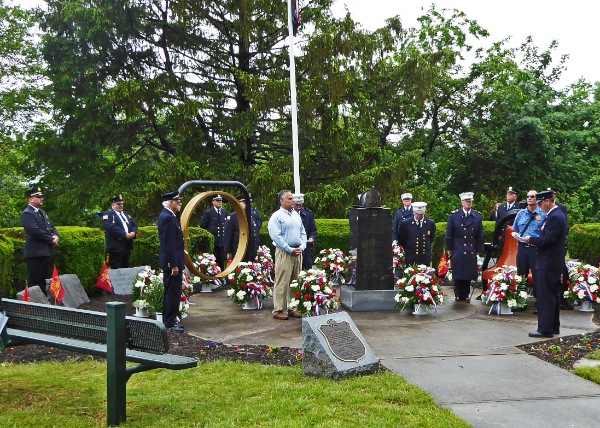 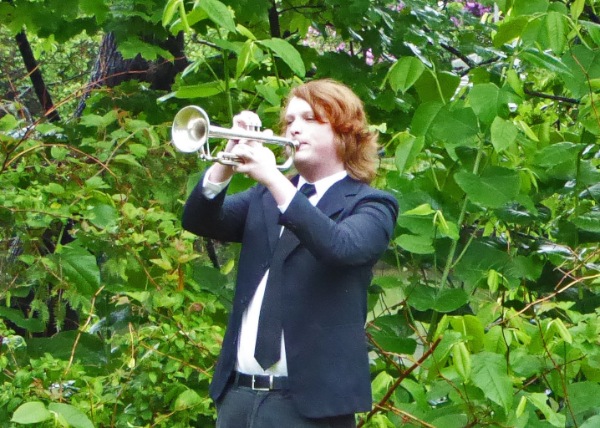 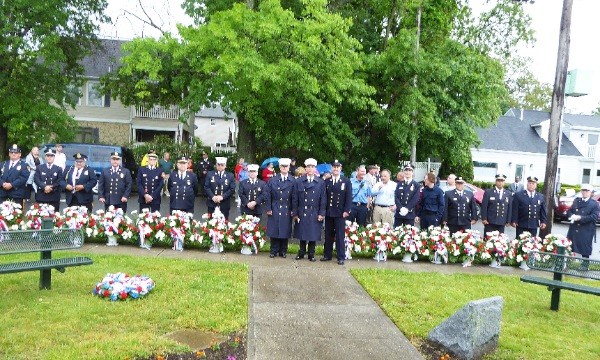 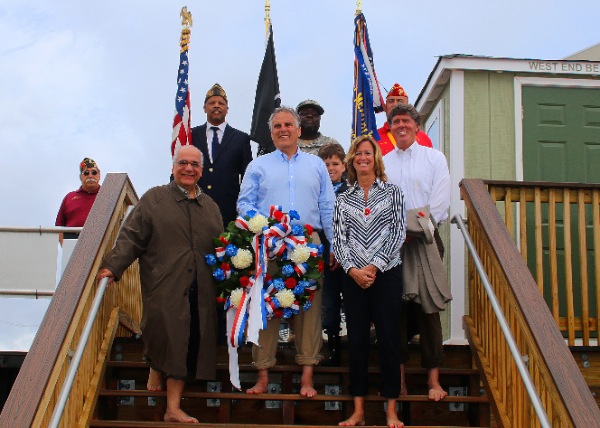 LONG BRANCH: At 9 a.m. on Monday, at the southwest corner of Woodgate and Overlook Avenues, the annual Memorial Day Remembrance saw fire trucks, ambulances and fire police vehicles assemble, those available to show up as their fellow members stood watch at their stations around the city.

Men and women members assembled with full uniforms and brass buttons freshly shined, and a floral bouquet from each home group ready for placing at the marble markers of each company, and one for the city, for the Mayor to later carry to West End Avenue where the annual Long Branch City wreath is launched into the Atlantic commemorating those resting forever abroad, across the ocean.

The Invocation and Benediction were delivered by former Monmouth Beach Chief, now Department clergy Phil Kuhlthau, recalling the purpose, recollection to those who gave their lives for the freedom and good of all.

Mayor Adam Schneider thanked the attendees for their time devoted to the memories of the military who served, those lost as well as those who later returned to continue their dedication to the country and community.

Taps was echoed by trumpeters Kevin Dement and Ricardo Lina from the Long Branch High School. The Mayor left for the West End traditional wreath ceremony as others headed for the Union Avenue fire headquarters, or for family plans for the afternoon.