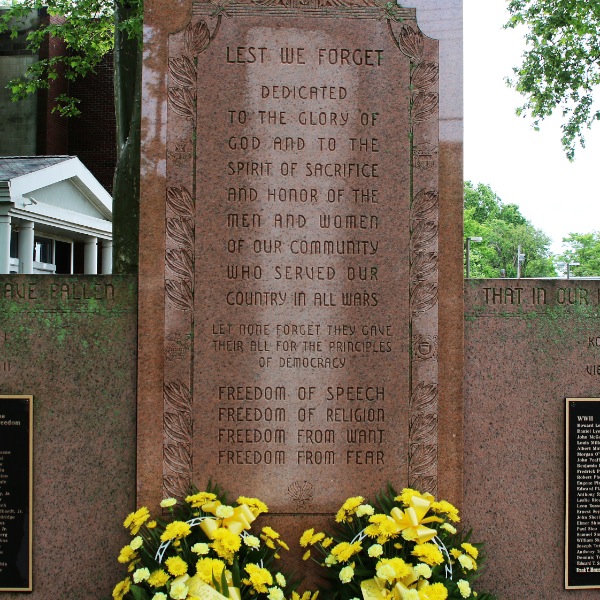 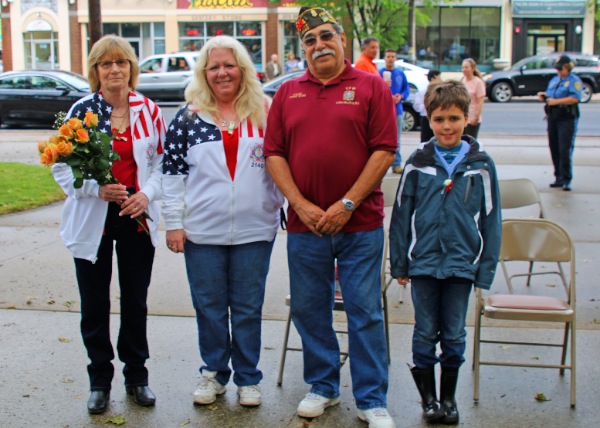 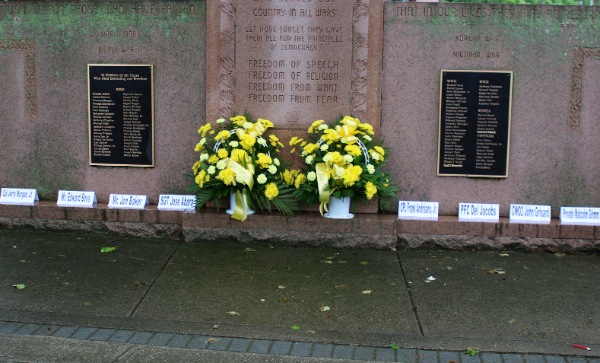 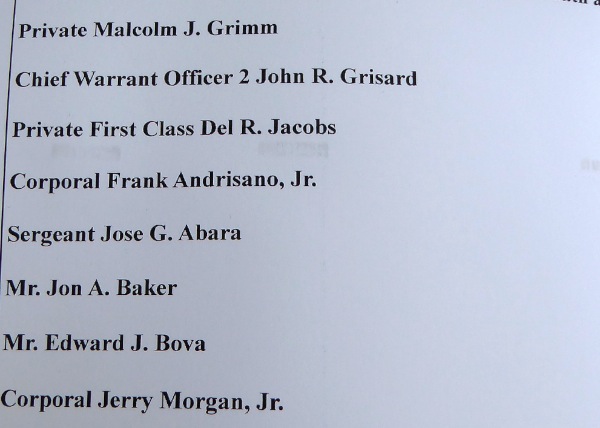 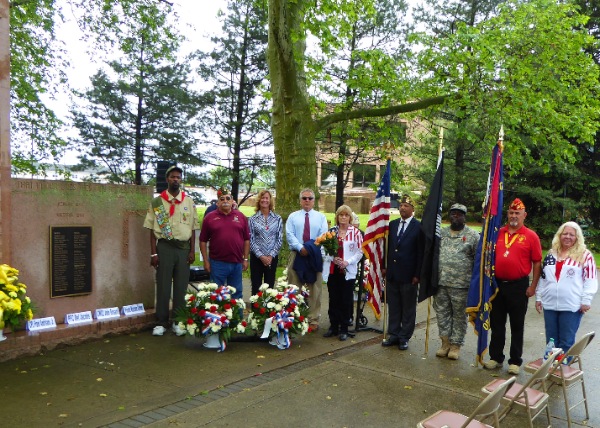 The traditional Pfc. Gerry Morgan tribute was moved to higher ground at City Hall where a similar traditional ceremony was fulfilled. Elder Caroline Bennett, Mc Laughlin Pentecostal Church offered a prayer and Mayor Adam Schneider spoke again this year about the valor and sacrifice of the eight military heroes buried at the memorial, a community tribute of that reaches back many years.

The storms kept many away, with heavy rain on and off all morning. The City's remembrance was accomplished with hope for peace and freedom for all as the solemn theme.