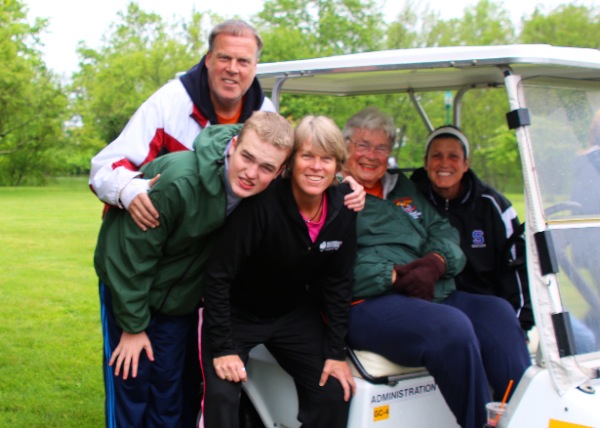 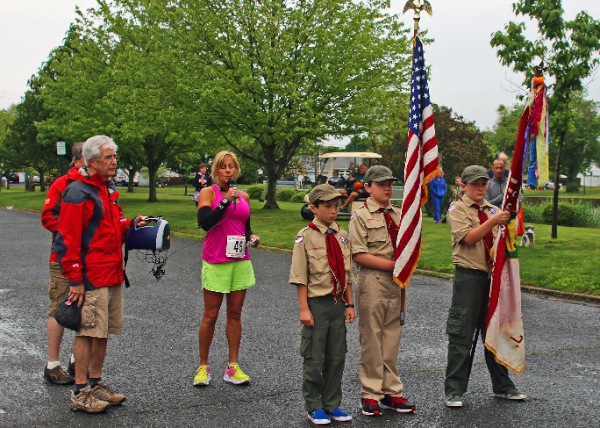 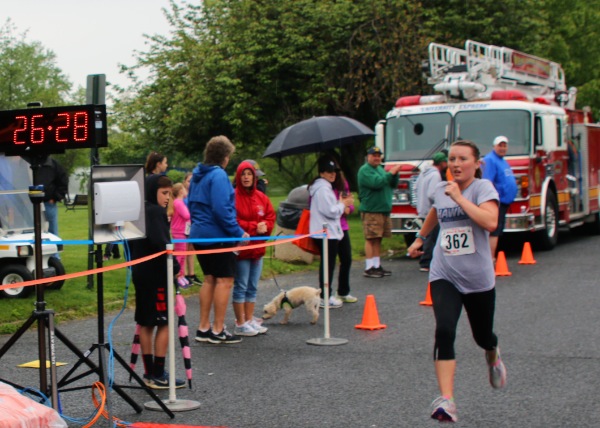 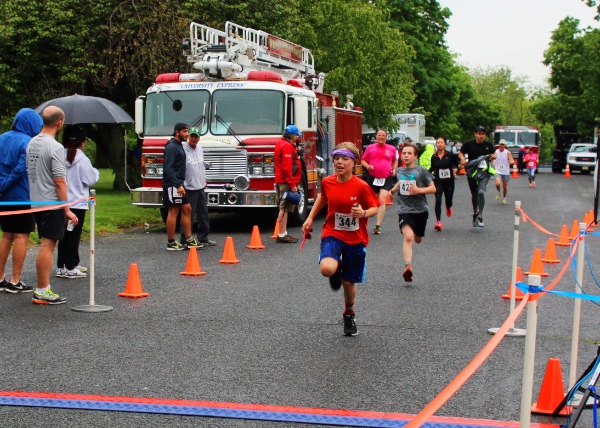 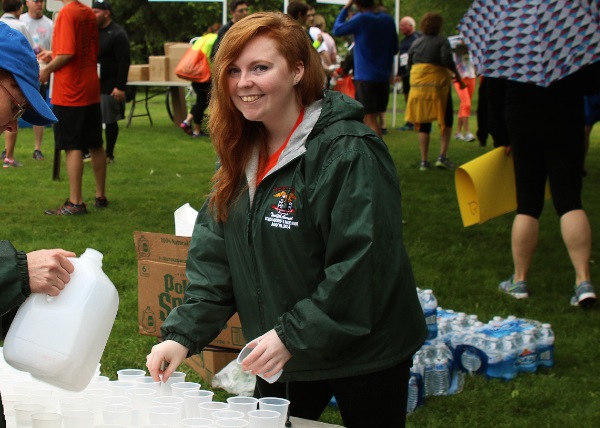 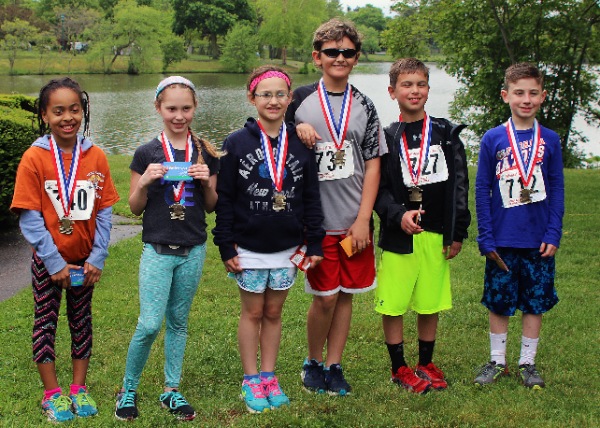 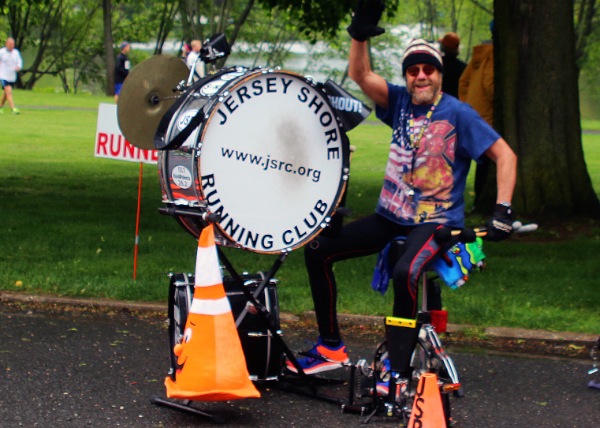 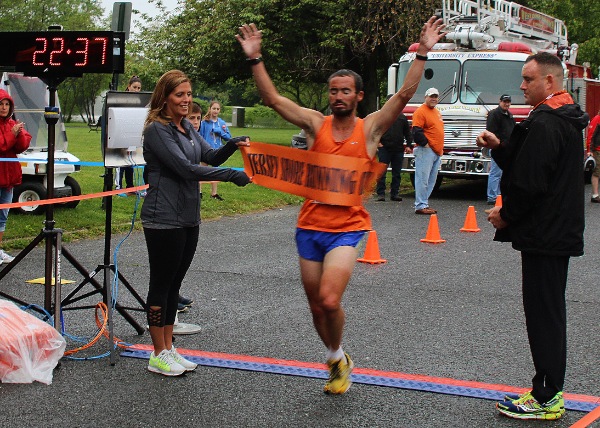 WEST LONG BRANCH: The annual 4 Mile Run Walk went off right on time despite the ominous cloud layer overhead at the North Lake Drive Start Line. The event is in memory of 20 year old Firefighter Michael Thorne who lost his life in the line of duty 32 year ago.

Long time Jersey Shore Running Club athlete Al McKean, who passed away in December, was acknowledged and had the 4-Miler named in his honor, a race he had run himself back in the day.

The event was begun.

Runner Dawn Ciccone led the local scouts at the assembled crowd with the National Anthem.

Race director for the day, Brian Kramer called "On your mark; get set; and Go" saw the pack leap out in a fast pace through the streets of West Long Branch.

What seemed a short time later came the sound of "Jeff Propert from Wall" the winner's name that Jersey Shore Running Club's Penny Hinck called to the news photogs and reporters at the Finish Line of the 14th Annual Michael W Thorne 4 Mile Run-Walk on Sunday at Franklin Lake.

The next two spots went to Pat Ford of Neptune City and John Kelly, Wall Township, both annual visitors. Jeff's 22:38:41 time was a minute and a half in front of second place.

The First woman to cross the Finish was Kristen Rodger Erickson from High Bridge, then Katie Desiere from Middletown within three minutes of each other.

The total count was 437 runners and walkers for the main event, a solid congregate of athletes from all over the state, with fire companies far and wide putting on racing gear to honor the memory of a comrade who died in the line of duty, July, 3 1984.

Scholarships for local students are awarded each year, the number growing as the number of entrants and supporters grows each year. Lisa Earl is shown volunteering at the water table, another year - ten all together - that she has been a part of the volunteer team, with this year graduating from college thanks to the scholarship she was awarded that helped her enter college.

Kramer and his wife Stephanie held the winner tape at the finish line. The Kid's Half Mile and Mile later shared the line as those races added to the excitement.

Neighbors on route cheered and waved from lawns and porches along the course that runs through the center of the borough. For many it is a community and families affair.

From 4-years old to seniors the runners made a day of it. Thanks to shore veteran Jim Robbins, here is a snapshot of the "still giving it their all" competitors:

Among the Male finishers in the 80 to 99 Group were:

Sponsors of the event this year were: