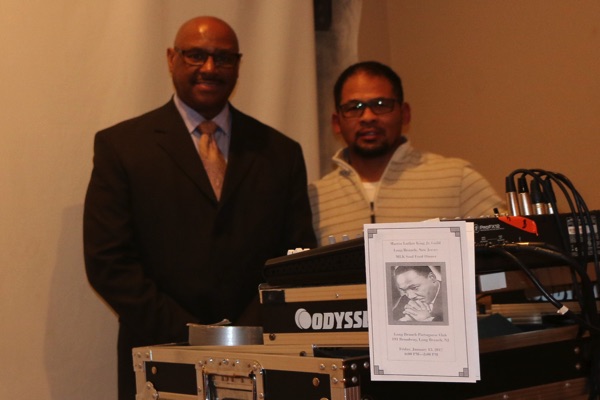 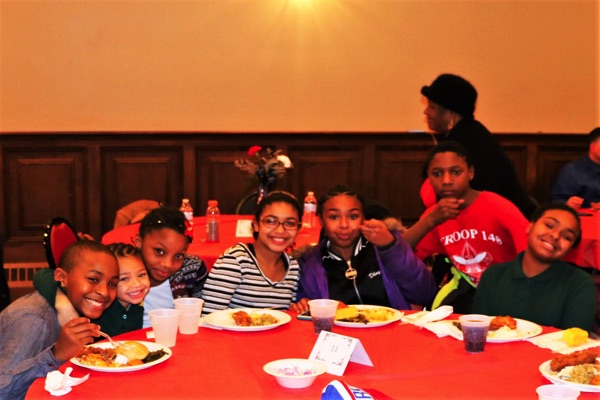 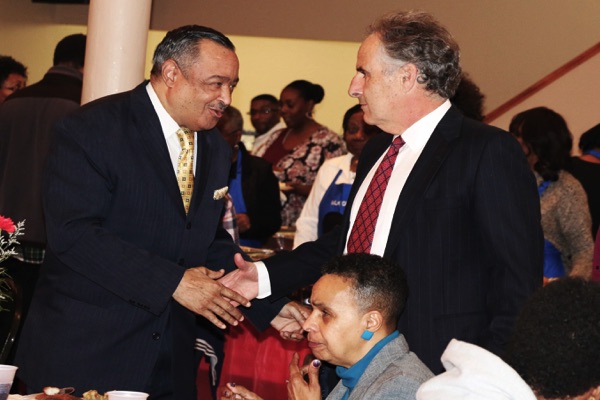 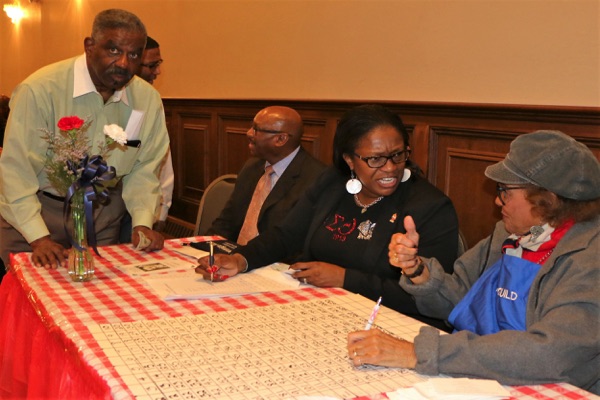 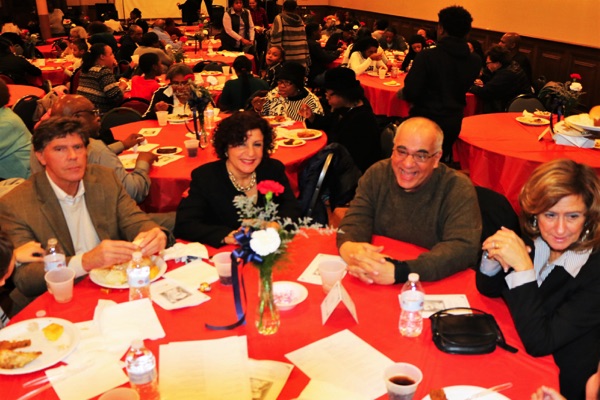 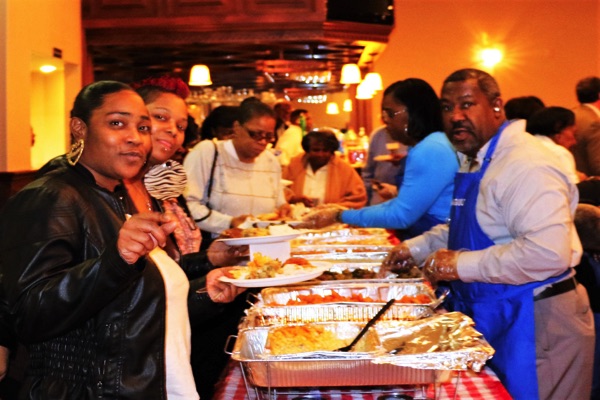 LONG BRANCH: The annual Rev. Martin Luther King, Jr. Soul Food Dinner to celebrate his life and accomplishments was a community celebration at the Portuguese Club on Broadway on Jan. 13.

Mr. Jacob Jones introduced the evening with a reminder that Dr. King would be so happy to see families and friends enjoying a great meal as a community group coming together as a gathering of people enjoying each other's company, sharing tables and music together in peace and friendship.

Martin Luther King Jr. Guild President David Allen Brown extended a warm welcome to all as the festivities began. Kindergartner Brice Rhoden led the attendees in the Pledge of Allegiance as he stood confidently beside Mr. Brown. Rev. Caroline Bennett gave the prayer and blessing of food, with a sound "Amen" by all as they moved to the buffet tables for the array of delicious offerings that included a delightful variety of deserts.

Music was provided by DJ Yum Yum as city Recreation Director Carl Jennings visited with him to get the melodies started. Guild VP David G. Brown was at the refreshments counter as one of the volunteer Guild members serving the hungry crowd, men and women of all ages and children excited about the goings-on.

The Portuguese Club has provided their facility to the occasion for all the years it has been celebrated. The Long Branch Economic Development organization and the City has provided support as well as Joe Tuzzio, a civic minded business owner in town.

City officials, Mayor Adam Schneider, the Council, and Public Safety Director Jayson Roebuck were among the guests along with Pastor Rev. Aaron Gibson of Second Baptist and several church leaders from the city and nearby towns.

Mr. Brown closed the evening with reminders of the several other MLK remembrance events: Sunday the March from the Monument on Atlantic Avenue to the Memorial Service at Second Baptist, and the birthday visit to the monument on Monday where Reverend King's message of peace and freedom is proudly remembered.