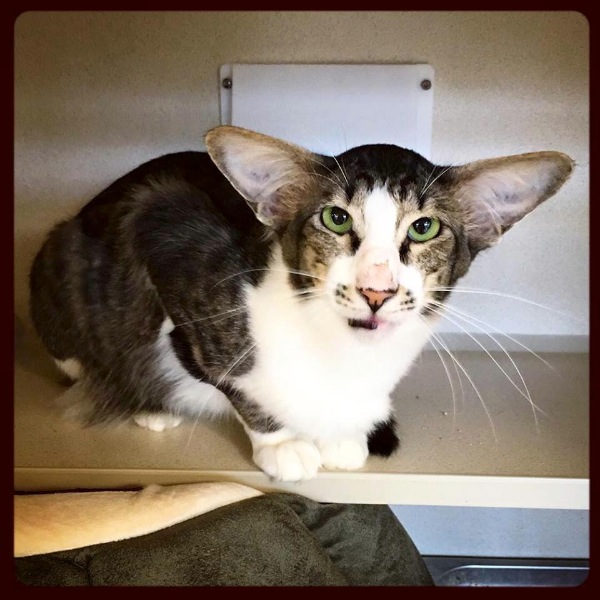 EATONTOWN: Corey, a 2-year-old Oriental Shorthair cat from the Monmouth County SPCA, recently became an internet sensation for, what some people call, his uncanny resemblance to one of the stars of Star Wars: The Force Awakens, Adam Driver.

Corey's picture has found its way around social media in recent days after the SPCA posted it on Jan. 15 announcing that he was able to be adopted. Since that time, side-by-side shots comparing Driver and the cat have been posted online.

Corey has since found a home with a woman from Brooklyn who saw his picture and drove down to Eatontown to adopt him.

He has now been renamed Kylo Ren, after the villainous character Driver plays in The Force Awakens.

The Monmouth County SPCA is located at 260 Wall St., Eatontown.