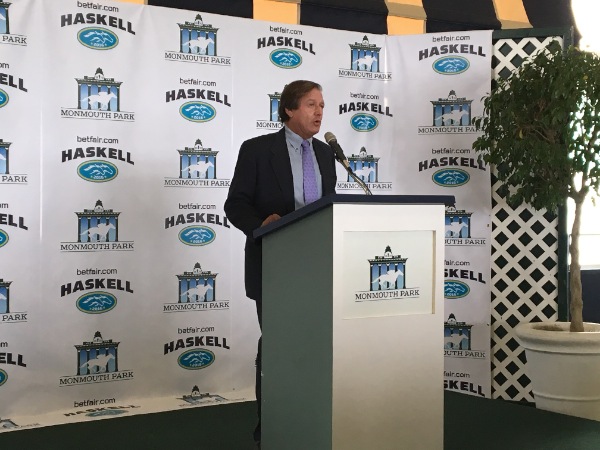 OCEANPORT: With the opening day slated for Saturday, May 14, Monmouth Park is ready for the 2016 racing season and beyond.

"We've gone from a facility that was previously operated by the state at losses of more than $12.5 million a year and was on the verge of shutting down," said Dennis Drazin, advisor to Darby Development, LLC, which operates Monmouth Park. "And now we've turned that corner, have nearly eradicated those deficits and placed us on firmer ground and on a path toward a solid future."

One of the newest additions to Monmouth Park is exchange wagering, which allows for fixed odds betting and in-race wagering by matching "peer-to-peer" bets.

"It's been more than four years in the making, but exchange wagering is finally here," Drazin said.

Monmouth Park will be the first racetrack in the nation to allow exchange wagering. It will be handled by Betfair, the world's most popular exchange wagering platform, and the new sponsor for the $1 Million Haskell Invitational scheduled for July 31.

Senator Jennifer Beck said he was happy to see that there will be a Nov. 8 referendum question asking residents if they would like to see casinos expand outside of Atlantic City. Although Monmouth Park will not be one of the sites considered for a casino, the revenue that would be created from the new Jersey City and Meadowlands facilities would be shared with the Oceanport race track.

"Today we stand here not with a complete success, but an important one," Beck said. "There is a constitutional dedication, a floor, of 2 percent of gaming revenue that will be dedicated back to the purposes of breeding and racing in the state."

Beck said New Jersey Senate President Stephen Sweeney has made a public and private commitment of 2 percent as the minimum amount of revenue sharing. She said the passage of the referendum is important to the history of not only the horse racing industry in New Jersey, but also for the state itself.

"It also provides us with an opportunity to win back both jobs and revenue lost to surrounding states because of the inaction of the legislature; this should have been done years ago and we would have still had a thriving Atlantic City."

"While we have accomplished much, we must continue to persevere to ensure a bright future for New Jersey racing," Drazin said.