More Affordable Housing Could Be Added To Oceanport Village Center 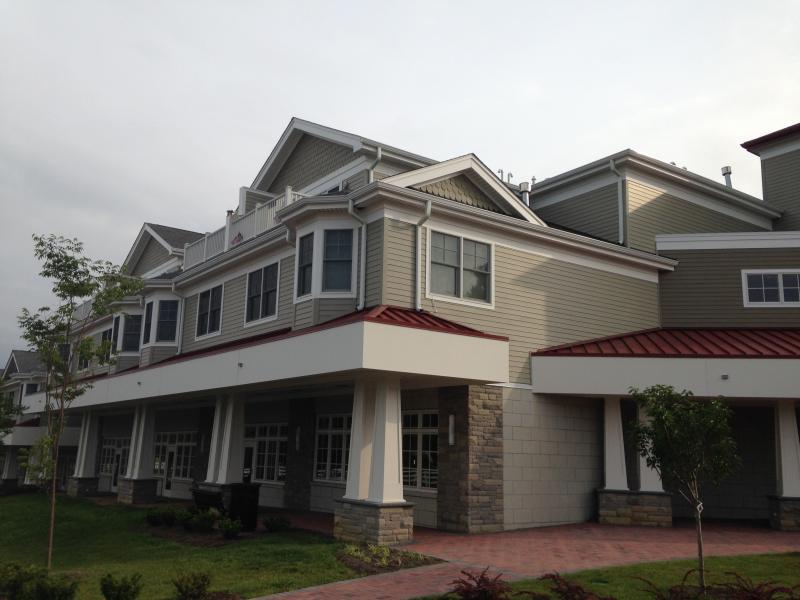 OCEANPORT: The saga of where to place two affordable housing units in the borough appears to be coming to an end.

After the original options for placing the units, which came about as a result of the lawsuit filed by a developer in 2005 which stated that the borough was not filling its affordable housing requirements, did not pan out, the plan now is to place them in the Oceanport Village center on the corner of East Main Street and Port Au Peck Avenue.

The original options were to either place the units in a lot on the corner of Pemberton Avenue and East Main Street, a borough-owned lot on Horseback Point site near the rear of the old borough hall property at the corner of Myrtle Avenue and Monmouth Boulevard. All of those options were deemed to be unfit and the Village Center became an option.

"What fell into our laps was the potential of having two units at the Village Center," Mayor Jay Coffey said. "The proposal is to take two commercial units on the second floor...and convert them into residential units, thereby removing the need to put them at either Myrtle Avenue or Pemberton."

Coffey said the developer then countered with a plan that would include taking the commercial first floor, which is the northern section closest to Mia's in the Old Village Center, and converting that into residential units. Doing so would require the approval of a variance by the Oceanport Planning Board, as it would increase the number of allowed residential units in the building from 36 to 50, including the two affordable housing units.

Coffey said the court, and Habitat For Humanity, which is carrying out the affordable housing project, agreed to this idea.

Councilwoman Ellyn Kahle said she was concerned with adding more residential units to the building in addition to any future residential development along East Main Street.

"So on that entire stretch of East Main Street, it could all be residential units," Kahle said. "Is that something we want to see in all that space."

Coffey added that future development at Fort Monmouth and a turnaround at Monmouth Park could drive more traffic down East Main Street and increase the interest in placing commercial development there.

The borough's Master Plan allows for both residential and commercial development along East Main Street, whether it is a mixture of both or all residential or all commercial.