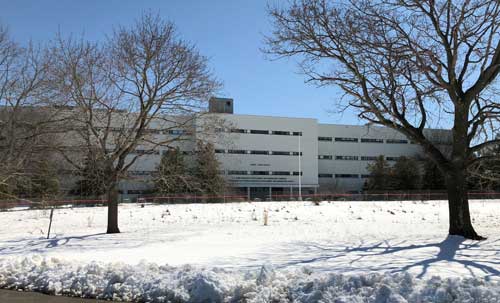 Tinton Falls: The fencing has been installed around the building perimeter but as of yesterday not much else appears to be underway at the Myer Center Building on the far west edge of the Fort Monmouth property slated for redevelopment.

Asbestos and wastewater abatement was necessary before the building was to meet the wrecking ball but with only a week left in March it would appear that the removal of this looming Cold War Era building has hit some snags.

We'll keep an eye out for further activity and update it here accordingly.

Project Designer and Engineer of Record: