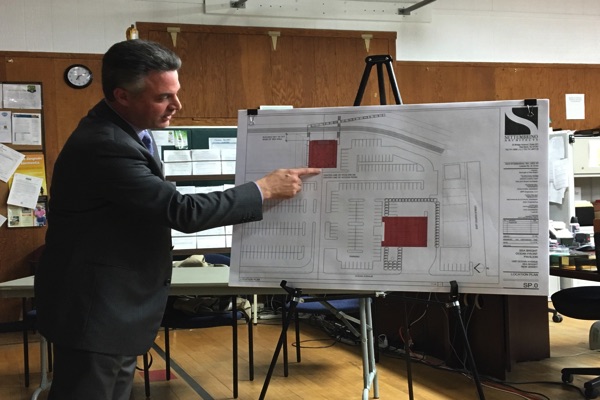 SEA BRIGHT: One of the borough's final steps in its recovery process from Superstorm Sandy is to rebuild what was lost over 4 years ago.

That step is about to be taken once the construction of two new municipal buildings commences. The most recent plans for these buildings, a beachfront pavilion and municipal complex, were unveiled to the public during a town hall-style meeting on Nov. 30 attended by about 50 residents and several borough officials.

Architect Kevin Settembrino went over the plans for both buildings so the public could see them and ask questions in advance of the borough soliciting bids for the projects in the next few months.

The main change from the first design is that there are now more toilets in the interior bathrooms and the outdoor showers planned for the second floor have been removed.

Borough officials say they are at the end of a long planning process for the two buildings and are eager to take the next step.

"We're thankful we're at the point we are," Councilman Brian Kelly said. "We're approaching the end of the entire design and planning process."

Settembrino said the borough will go out to bid for the beachfront pavilion in late January and award a bid in late February. Construction will likely begin in the spring of 2017 and be completed in time for the start of the 2018 summer season.

The municipal complex is a little further behind in the planning and design process, so the borough will not likely solicit bids for it before April. A bid is likely to be awarded in May with construction beginning shortly thereafter. The complex will likely be finished by the end of 2018, Settembrino said.

* Word On The Shore requested PDFs of the designs shown off during the town hall meeting and we'll be posting them in a separate article as soon as we receive them.