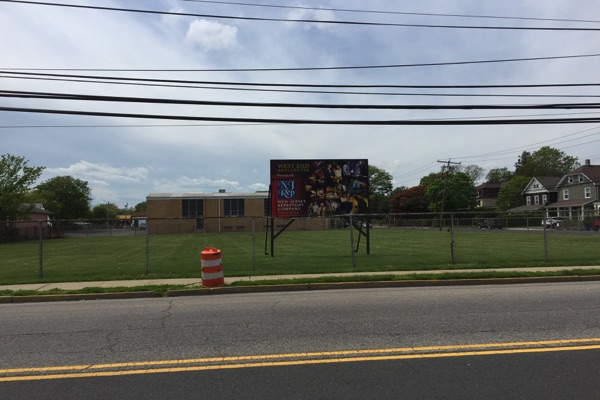 LONG BRANCH: There will be a new parking lot and traffic pattern in West End this summer.

The Long Branch Council passed a resolution during its May 9 meeting that enters the city into an agreement with New Jersey Repertory Company to lease space at the old West End School at 132 West End Ave. this summer and use the large grass lot as a parking area.

The lot would be accessed by Second Avenue and will be free from Monday-Thursday and cost $10 daily to park there from Friday-Sunday. Over 60 vehicles will be able to be parked in the lot.

The opening of the lot will coincide with a plan to open up Ocean Avenue to cars between Brighton Avenue and West End Avenue.

"It ties into our plan to open up Brighton Avenue to 1-way traffic to come out to West End Avenue," Long Branch Business Administrator Kevin Hayes said. "We look to encourage traffic to come to (Ocean) Boulevard and then park there cars in the lot."

Hayes said people be able to drop off their family, umbrellas and chairs at the beach at the boardwalk between Brighton Avenue and West End Avenue. Crossing guards would also be stationed at the two streets.

Mayor Adam Schneider said he feels the change will make it easier for people to get to the beach in West End and said he feels it will increase beach revenue.

"If it works it's great, and if it doesn't, we'll try something else," Schneider said. "I think we're going to have to give it a summer to see if it works...but we think it will work really well."

Save Ocean Avenue member Dennis Sherman questioned the plan to open up the street to more traffic.

"I'm very disheartened to hear you're opening up Brighton Avenue," Sherman said. "It's a very poor and ill-conceived idea because it mixes cars with people."

Sherman and resident Vincent LePore also questioned if Green Acres had approved the idea of opening up Ocean Avenue to vehicular traffic. To make the change, the council would need approval from Green Acres to change the traffic pattern on what is considered a "linear park." Members of Save Ocean Avenue, a group of oceanfront condominium owners which seek to keep the Green Acres linear park whole, have opposed similar plans in the past.

Long Branch Councilman John Pallone also questioned if Green Acres was OK with the idea, because he said the group was not in favor when it was proposed last summer.

"They agree wholeheartedly that it was appropriate given the fact that we represented to them that there would be monitored police presence at all times on a daily basis," Aaron said.