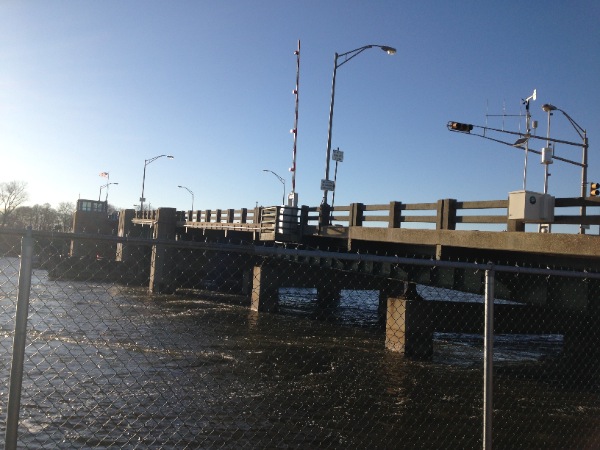 SEA BRIGHT: Construction on the new Rumson-Sea Bright Bridge will likely not begin until 2018.

"Monmouth County is advancing the design for the replacement of the existing Bridge S-32 on Rumson Road over the Shrewsbury River to improve its structural deficiencies and to maintain a critical transportation connection between the Boroughs of Sea Bright and Rumson as well as a flood evacuation route for the community of Sea Bright," according to the county's project information sheet. "Due to its age, the bridge has deteriorated over time and routine maintenance can no longer address the deficiencies."

The decision was made in 2013 to build the new bridge 30 feet south of the existing structure after the borough councils of Sea Bright and Rumson passed resolutions of support for the design. This will cause the Dunkin Donuts at that location to relocate, but the county has said it will work with the owner to find a new home in the borough. The existing bridge is expected to remain open during the majority of the construction phase.

Improvements to the CR 520/Ward Avenue intersection are also proposed along with improvements to CR 520 and NJ Route 36 in the vicinity of the bridge to better accommodate pedestrians and bicyclists. This will likely tie in to the state's new striping plan for Route 36 which is scheduled to begin in 2016.

The project is currently in its Local Preliminary Engineering Phase (LPE) which consists of performing engineering and environmental tasks and documentation in order to obtain National Environmental Policy Act (NEPA) clearance for the project. The LPE Phase is not expected to be completed until Spring 2016 and another resolution of support will be needed from Sea Bright and Rumson for the project to move forward.

Another public information meeting will also be held later this year to update residents on its progress.