NJ Marathon May Be Looking For New Finish Location 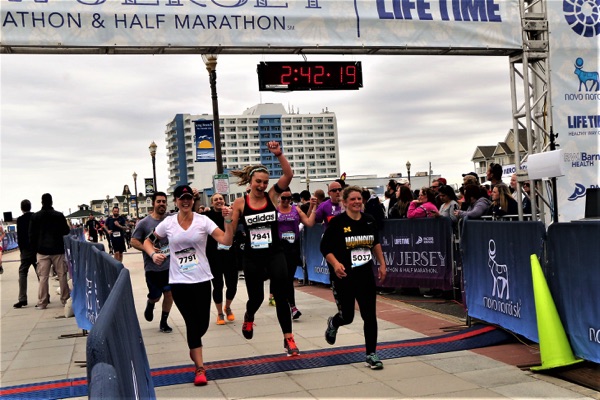 OCEANPORT: The annual New Jersey Marathon has followed the same schedule each year; it begins in Oceanport, winds through several towns and finishes in Long Branch.

That routine may be changing this year, according to Oceanport Mayor Jay Coffey. Coffey said that the race will still kick off at Monmouth Park, but that the finish line could be moved to a new location.

"We've been told there might be an issue with the finish of the race," Coffey said at the Feb. 1 Oceanport Council meeting. "There's some problems with Long Branch so they are looking for an alternate place to finish."

Coffey said one of the ideas that has been proposed would be start and finish the race in Oceanport. He said that was not something he was necessarily in favor of because it puts a bigger burden on the Oceanport Police Department to provide security and traffic calming measures for the entire day.

"It's something that's still in the offing, but we don't know what the solution is yet," Coffey said.

The New Jersey Marathon web site still says the race, which is scheduled for Sunday, April 29, is set to finish at the Long Branch promenade, so it appears that no official change has been made at this time. We're reaching out to marathon officials for comment and will report back as soon as we hear anything.