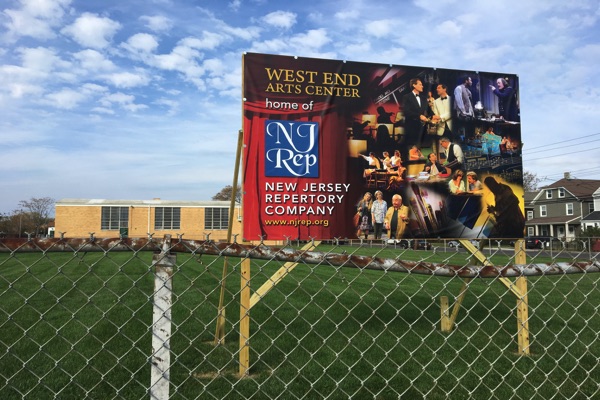 NJ Rep founder Gabe Barabas said this week that he obtained a CO to move his professional, non-profit theater currently located at 179 Broadway, to the old West End School.

"We're in the process of moving the admin wing to West End," Barabas said. "In the spring we will be having workshops for play writing, poetry and music and acting."

NJ Rep received approval to build a West End Performing Arts Center at the site of the West End School in December, 2015 from Long Branch Planning Board.

The property will contain a 150-seat main performance theater and a 75-seat "Black Box theater" with flexible space that could be used as a children's theater or for dance recitals or even concerts or symphonies.

There will also be a 35-seat rehearsal theater with a large stage in the westernmost portion of the building that will be used for building sets and will also be used for interns and students to learn carpentry and how to build sets. Artisan housing will also be built for people who come from New York and will stay there for as long as a month while shows are being produced.

At the easternmost portion of the property located along Second Avenue, there will be a building which will house two 90-seat movie theaters with a sculpture and art gallery on its second floor.

The renovations will be done in phases with the intention of building two theaters, the arts cinema, museum and artist housing first.

Barabas said the next step is "embarking on a capital campaign" to fund the construction of the improvements.

"It will be an extensive fundraising campaign with naming opportunities and we will be looking to find corporations interested in having their presence there."

To complete the first phase of the improvements, about $15 million will need to be raised. NJ Rep purchased the old West End School from the Long Branch Board of Education for $2,077,500 earlier this year.

Garabas said he is optimistic about the future of the arts center and said he is excited to be making the move to West End.

"We're going to build a cultural center that will serve generations to come," he said. "It's truly a remarkable location in the hear of West End."