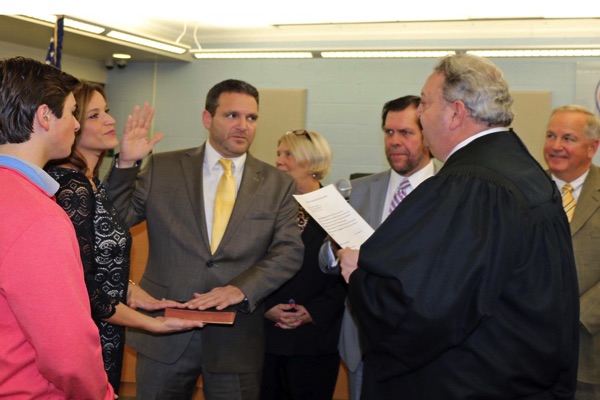 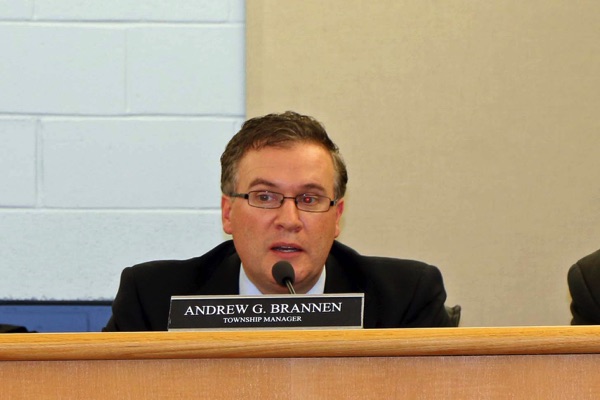 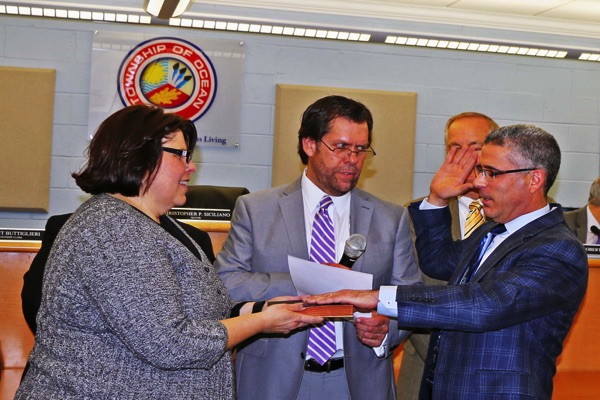 OCEAN TOWNSHIP: Judge Richard English administered the Oath of Office to John P. Napolitani. Sr. at the January 26 meeting. Mr. Napolitani will take on the position vacated by Deputy Mayor William Garofalo who resigned after two decades of community service in order to have more time for his family.

Both changes were well received by the governing body and the several members of the public and officials from the area. Napolitani had served on the Allenhurst Council in past years before retiring to live in Ocean. He served on the Ocean Board of Adjustment and the Deal Lake Commission, having lived in Ocean, moving to Allenhurst and returning to Ocean with children on the Ocean school system.

Council Member Robert Acerra was named and approved to accept the Deputy Mayor position with unanimous approval of his Council Members. The changes became effective immediately.

Napolitani's wife held the Bible and son John watched as the oath was administered. For Deputy Mayor Acerra his wife Rose did the holding honors.

State Assembly Representatives Eric Houghtaling and Joanne Downey and former Deputy Mayor Bill Garofalo were also on hand to applaud the council changes with energetic support matching that of the council members and Ocean resident attendees.

Ocean Business Manager Andrew Brannen also announced his resignation, a change planned for a later declaration. The announcement was planned for after the council changes, but was made to address rumors. The Council, while not delighted, thanked Andrew for the many years of managing the township in a more than commendable manner.

"You will be missed and hard to replace," was the message of the council members and several residents who said he were blessed to have had his eldership all these years.