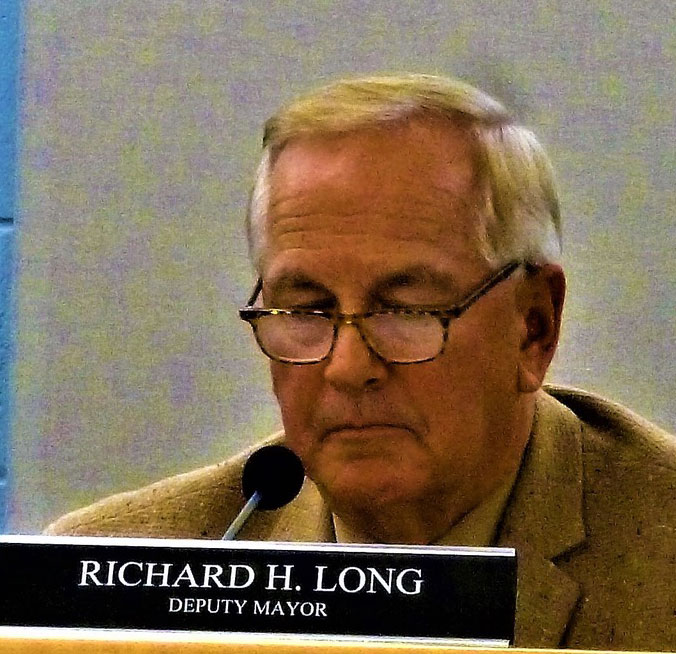 Long has a considerable experience in local government positions. His Ocean work began on January 7 of 2015. He was elected to Council, bringing experience of that position from his council work in Carteret, where he held positions including Streets and Roads, Police Chair, Parks and Recreation. A former Vice President and of Ocean's Board of Education, he now serves the Community Hope Fund and the Human Services Council / Municipal Drug Alliance.

Also the 5 p.m. November 8 Council Workshop there was discussion of the township drawing an ordinance to permit sale of medical marijuana, anticipating possible Stat e and Federal governing bodies passing laws. The subject had been on the table for some time. All but one Council members have had a chance to dig deeper into the pros and cons.

The matter has been in the news in on several states and Federal review. At this time, Federal law does not permit use, it is available in some places. New Jersey and some towns have had it up for discussion. Deputy Mayor Long said about six locations in the state are permit medical marijuana. And those with needs must travel to get to distributors, typically. Sale of Recreational is the more rejected use.

Mayor Chris Sicilano opened discussion as to how to approach the concept of sale, medical, He proposed a low key survey of residents along the lines of the recent deer issues. The suggestion was voted and rejected three to two, with the one council person who had not attended information gathering meetings making the three count vote,

Police actions apply when the drug is taken by drivers, since that constitutes a legal offense. The detection is not readily evident. Studies indicate the use can interfere with safe driving.

Residents will not be asked for their comments since Council decided to not pursue a survey.