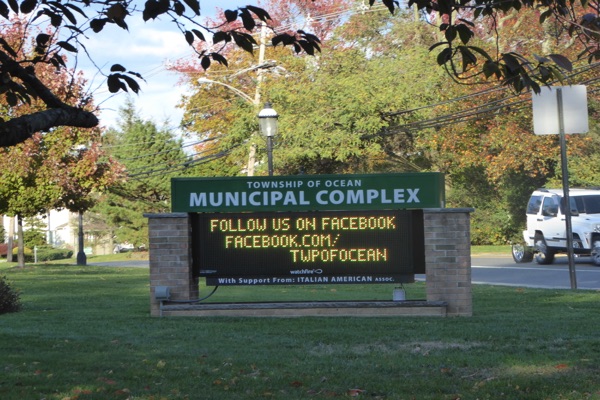 OCEAN TOWNSHIP: Ocean Township Mayor Chris Siciliano said the news about the Supreme Court decision on the affordable housing cases throughout the state has some inaccuracies or incomplete information.

For example one news story said the affordable housing obligation still in the air in courts is the cited 322 unit as Ocean requirement. The mayor said the amount determined by the state required "Master" hired by Ocean to assess the situation in Ocean amounted to 244 units, which has been court submitted and still needs closure. The discussion on these issues is limited due to the fact the matter is still closed to public discussion for legal reasons.

The unit's numbers were age-dated to the early '80s and developments since that time frame. Over the past couple of years Ocean has tried to make the point that many housing units were built before the dates above, yet were disallowed by the court actions and dismissed even though they were built without a court requirement at the time and as a result of normal housing market demand.

In various public meetings public comment has been that the decision of the court is arbitrary, unfairly defined without closer assessment by the court to make proper determinations on motive and bias allegations proffered by certain affordable housing protagonists. This has caused developers to increase the number of units on a tract of land, especially since the housing boom crashed and profits moved them to fill spaces not intended or designed by zoning ordinances planned by to meet standards the town laid out to attract a variety of home buyers.

Some townspeople have said the court is reaching backwards, especially where the wishes of the townspeople did provide for reasonable affordable housing needs without implied restrictions to limit selectivity based on affordability issues.