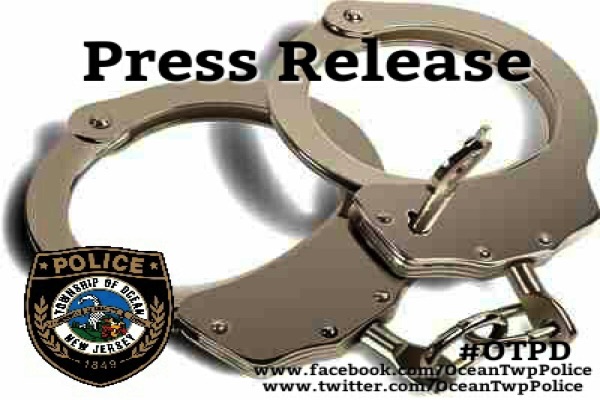 • On July 22, 2017 at approximately 11:22 am, police received information that a township resident threatened to "burn the mayor's house down". The information was developed via a Facebook post and was forward to our agency. The threat stemmed from the township resident expressing his anger over a recent property tax increase.

Further investigation led Police Officers Mark Powoski and Randy Slawsky to an Alpern Avenue residence where they made contact with the accused later identified as Arthur Morse. During this investigation Morse was taken into custody, processed and charged with making Terroristic Threats. He was released on a criminal summons pending a future court appearance.

• On July 21, 2017 detectives were in the area of the Seaview Square Mall on an unrelated investigation when they received a phone call from Loss Prevention about suspicious activity inside of Target. Detectives learned that the accused, later identified as Michael Upshar was shoplifting and they were able to apprehend him outside the store. Upshar was charged with that shoplifting and for another that he had previously committed on July 3rd. He was released on a criminal summons pending a future court appearance.

Upon his release, Upshar traveled back to the area of the Seaview Square mall on his bicycle. Det ectives Legg and Orbach were still in the area and observed Upshar enter Sears. The Sears Loss Prevention Office was notified of his actions earlier in the day and he was again observed shoplifting merchandise. He was apprehended a second time and charged with shoplifting.

After a follow up investigation, Upshar was identified and charged with an additional five counts of shoplifting from earlier in the week. He was transported to the county jail pending his initial court appearance.