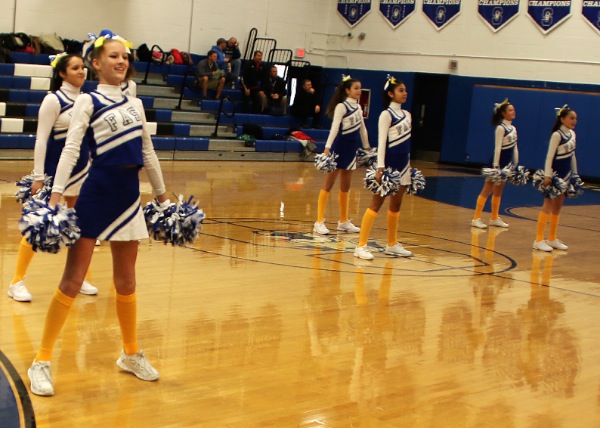 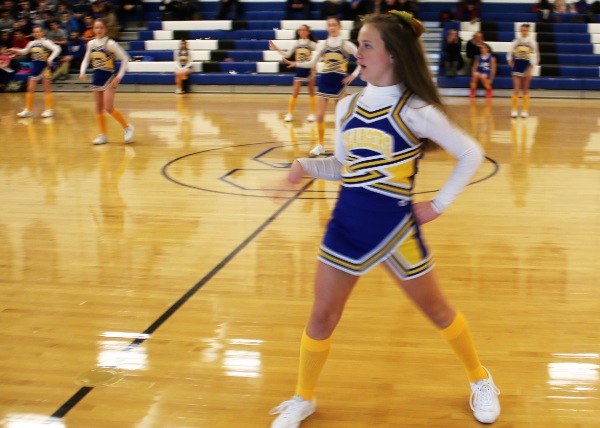 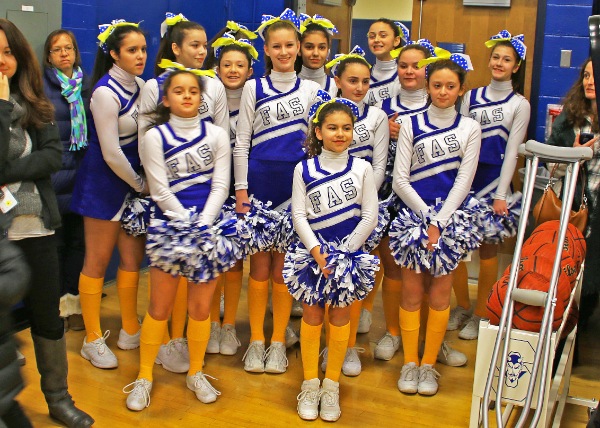 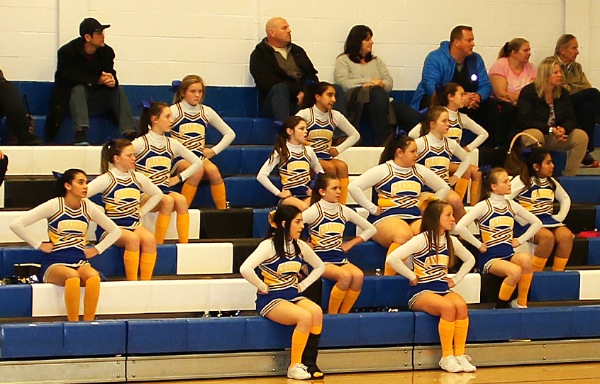 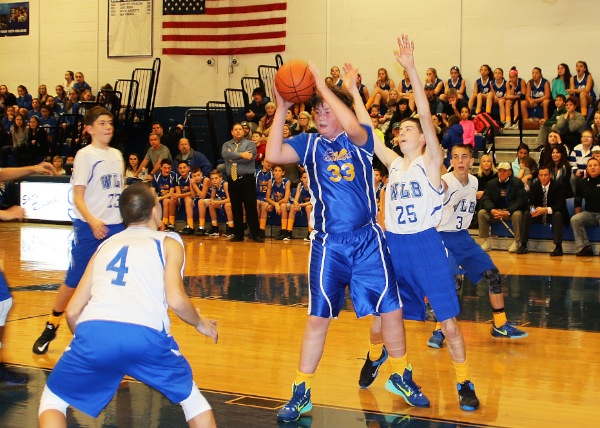 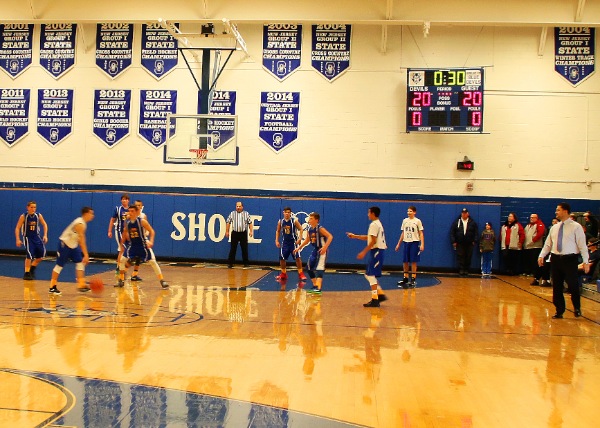 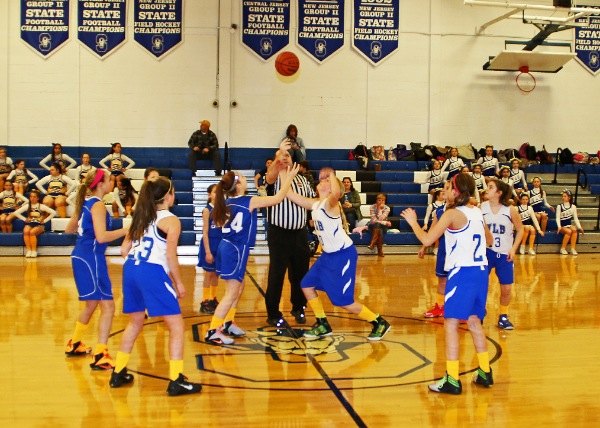 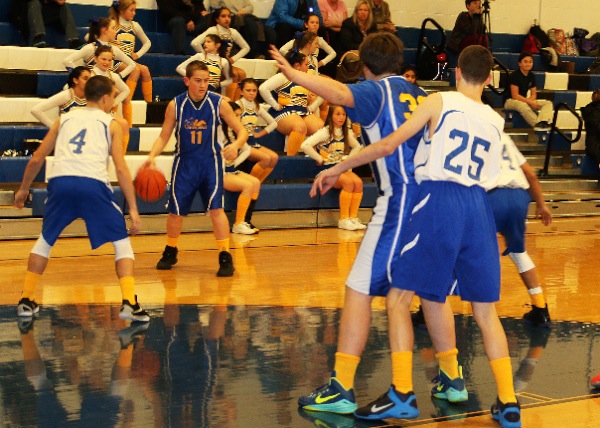 WEST LONG BRANCH: Basketball players from two different schools, soon to go to the same school together, competed in a friendly hoop contest on Jan. 20 at Shore Regional High School, their future school home. The game was scheduled at Shore Regional for its great court and for the chance to have students from both schools to meet and socialize before next year when they will all be at Shore.

More school sport events will be at SRHS for the same reason with winning the game only the second important reason. For that reason the boys squeaker finish, a one foul shot victory was taken in stride by sportsmen from both teams.

The Oceanport girls won also and the game was close. Finding new schoolmates was the main reason for their contest as well.

It was still fun, the teams will say, the boys but the girls' teams as well, with a great game played by all four teams.

The games also paid tribute to the memory of Alex Munpz, a student at the Oceanport School, Maple Place who passed away from pediatric brain cancer in November of 2014. He is missed tremendously as are other students lost to cancer in past years.

Out of respect for the student athletes and the purpose of the contests, Word on the Shore will leave scores to officialdom this year. It is the idea of the games and their honored memories that is most important.

Thanks go out to all, and the coaches, teachers, school officials, janitors and binding personnel who share in the loss of Alex and think highly of the great idea of having the two student bodies meeting for such good reasons.