Oceanport Council Race Will Be Contested This Year 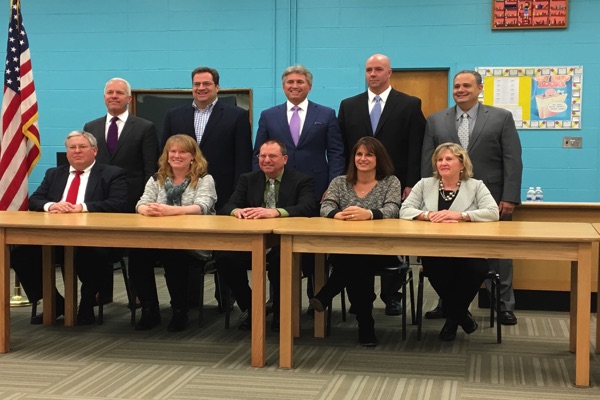 OCEANPORT: Four seats on the borough council will be up for grabs this year and both Democrats and Republicans will be looking to fill them.

Republican Councilman Richard Gallo is running for reelection, but fellow GOP member Councilwoman Ellyn Kahle has not submitted a petition to run.

Joining Gallo is fellow Republican Robert Proto who is running to replace what will be Kahle's vacant seat.

Opposing them will be Democrats Theresa Falcone and James Rimalover. The two seats the four candidates are running for a 3-year terms.

Voters will also choose who will the two-year unexpired term of former councilman Stuart Briskey, who chose to resign last month. His temporary replacement will be named at April 6 Oceanport Council meeting.

Republican Stephen Solan, who is currently serving on the Oceanport Council, is running for the 2-yeaer seat, as is Democrat Marie Rimalover.

Finally, the 1-year term of former councilman John Patti will also have to be filled. His seat is currently filled by Solan.

Republican William Deerin is looking to take that spot, but he will be opposed by Democrat Coleen Hopson.

The entire council is currently composed of Republicans, with the exception of Mayor Jay Coffey, who is a registered Democrat.