Oceanport Says No To Backyard Chickens 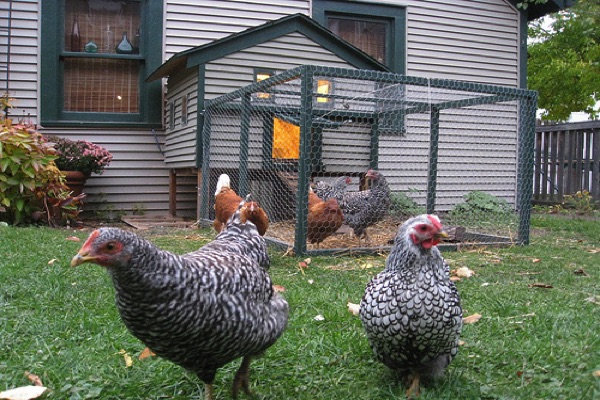 OCEANPORT: An ordinance that would have regulated the keeping of chickens in residents' backyards was voted down by borough council on Thursday night, April 20.

The council voted 4-3 to not approve the ordinance with Councilmen Joe Irace, Robert Proto and Steve Solan voting against its adoption and council members Ellyn Kahle, Richard Gallo and Patty Cooper voting for it. Mayor Jay Coffey broke the tie with a no vote after stating throughout the meeting that he did not have a problem with concept of chickens but that he felt the ordinance needed more work.

"My biggest concern is the person who doesn't take care of their coop," Coffey said.

Coffey also had concerns about the borough's ability to enforce the ordinance as it only has a part-time zoning officer.

Shrewsbury resident Shannon Scheduling, who has been the chief proponent of the ordinance, stated that chickens are more of a benefit than a determent because they advance the latest movement of the country of self-sustainability, eat pests and are not a nuisance to neighbors if they follow the regulations of the ordinance.

The ordinance states that in order to raise chickens a permit license must be obtained from the borough clerk for a fee of $10 along with "accompanied proof of an education class on the keeping of poultry."

It would allow a maximum of 6 hens and prohibits the keeping of roosters. A minimum lot size of 351 feet per hen would be required to keep chickens on a resident's property. The ordinance also has stringent guidelines for the type of shelters needed to keep the hens and also prohibits the slaughtering of chickens.

Councilwoman Kahle said the people who want to have chickens in the borough are limited and that they would be "vetted."

Councilwoman Cooper added that the Oceanport Planning Board reviewed the ordinance and deemed it was consistent with the borough's Master Plan by a 6-2 vote.

However, other residents, who said they lived next to a neighbor who kept chickens, said they did not have a good experience.

"My neighbor had chickens and they make a racket all day," Manitto Place resident Stephen Marciano said. "They also stink."

Iroquois Avenue resident Theresa Felzenberg said she felt chickens are part of a "growing trend" and that she wanted to see the ordinance passed, but understood that it may need work.

"It perhaps needs to be worked on further," she said. "The best ordinance is one that can be passed."