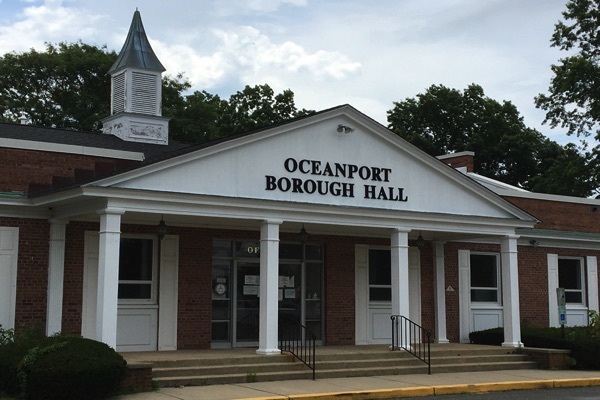 OCEANPORT: The governing body is taking the steps necessary to sell the old borough hall property now that it has tabbed Fort Monmouth as the new home for the Oceanport municipal complex.

The Oceanport Council adopted a resolution which will allow the planning board to review the possibility of designating the former borough municipal as an area in need of redevelopment. The council has expressed a desire to demolish the building located on the corner of Myrtle Avenue and Monmouth Boulevard after it was destroyed by Hurricane Sandy and then sell the land to a developer.

"In order for us to go ahead and sell the old borough hall, there's a pretty lengthy process associated with that," Borough Administrator Ray Poerio explained during the Sept. 7 council meeting. "I put a caveat of selling that property and getting what we want onto that property."

Mayor Jay Coffey said that designating the property as an area in need of rehabilitation will give the council more control of what will ultimately end up being built there.

Coffey said that if the property is just put up for sale, it would just go to the highest responsible bidder. If it is named an area in need of rehabilitation, a request for offers to purchase (RFOTP) can be issued for the property which allows the borough to "dictate terms or have a much more broad scope available as to what can be built there."

The council has not yet discussed what it would like to see constructed on the property once it is ultimately sold.

The planning board will now review and comment on the proposal when it meets on Tuesday, Sept. 12. If the board agrees the property should be designated as an area in need of rehabilitation, it will come back to council for adoption.