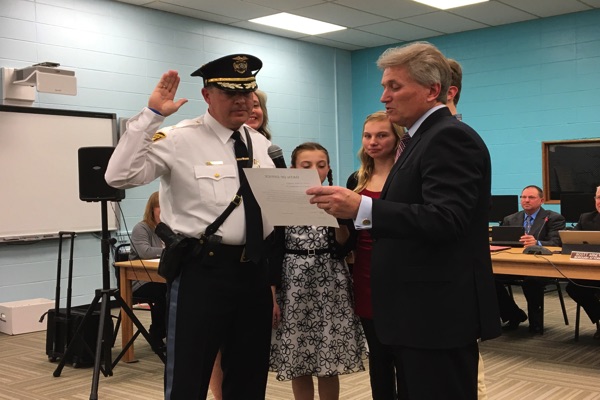 Michael Kelly was sworn in to the position after the council unanimously passed a resolution naming him as the replacement for former chief Daniel Barcus who chose to retire last year.

Kelly was joined by his wife, son and daughter as he was sworn in by Oceanport Mayor Jay Coffey in front of a room filled with his family, friends and fellow officers. Afterward, he took time to thank the mayor, administrator and council for selecting him for the the position.

Kelly has been a member of the Oceanport Police Department for 19 years and said he can remember his first day when people waved to him and his training officer.

"It's just a testament to the residents of Oceanport," Kelly said. "My wave back to them is we are her for you with whatever you need."