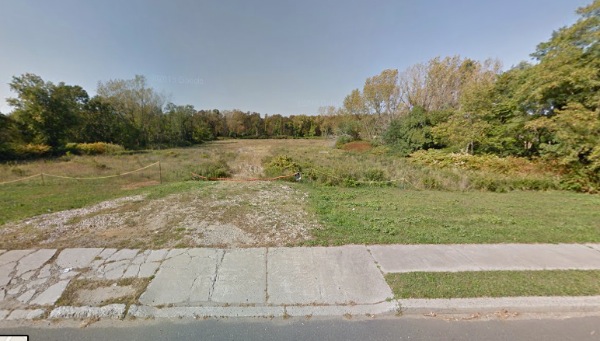 OCEANPORT: The owner of a long-vacant piece of property on Port Au Peck Avenue will begin an environmental analysis of the land this summer

Dominick Mazza, Jr. was at the Sept. 7 Oceanport Council meeting on behalf of his father and uncle who own the property at 275 Port Au Peck Ave. to tell the public about their plans for the property and allow residents to ask questions.

"We do not have plans right now on how we're going to the develop the property," Mazza said. "But what we need to do is remediate the property and part of that remediation is to put a final cap over the property. We want to see this finished and capped so it's not an environmental issue for anybody."

Mazza said a remediation attempt began in 2010 in hopes of building townhomes on the site, but non-friable asbestos shingles were found in the ground.

"Once that was found, all construction and site work stopped and the LSRP (Licensed Site Remediation Professional) and Monmouth County Health Commission went around and found that the asbestos had not spread to any of the neighbors," Mazza said.

In the next few weeks test pits will be dug around the central and rear portion of the property to figure out if there is anything else is in the ground other than the non-friable asbestos shingles. This will allow his family to figure out how to remediate the property for any future development.

Laura Brinkerhoff, of Brinkerhoff Environmental Services, was also present at the meeting and detailed the process of digging the test pits and the precautions that will be set up to make sure neighbors are not affected. There are several homes to the east of the property along Revere Drive and Colonial Drive and some homes to the west of the property along Port Au Peck Avenue.

Brinkerhoff said after each test pit is dug, samples will be taken and sent to the DEP for analysis and the pits will be filled in and capped. She said "full-time safety personnel" will be on site at all times to monitor the work to make sure no dust or air-born contaminants are released into the air during the process. Dust monitors will be installed down wind from the site and any material that is brought up will be wet down in order to minimize the amount of dust.

She said the field work will take about one week to complete.

"I hope you are more careful and take the surrounding communities under consideration for what you are going to do and do it right," Long said.

Debra Sharkey of River Street asked if the eagles that nest in the area will be affected. Mazza said no work is allowed to be done on the property from January to July because of the eagles nest and that the test pits will be dug in the next few weeks.

Sharkey asked if any of the material that is excavated could find its way into the waterway at the rear of the property. Brinkerhoff said asbestos is not water soluble and cannot migrate into the water table.

Any residents within 200 feet of the property will be noticed before the work begins and Mayor Jay Coffey said something will also be put on the Oceanport municipal web site and on Facebook.