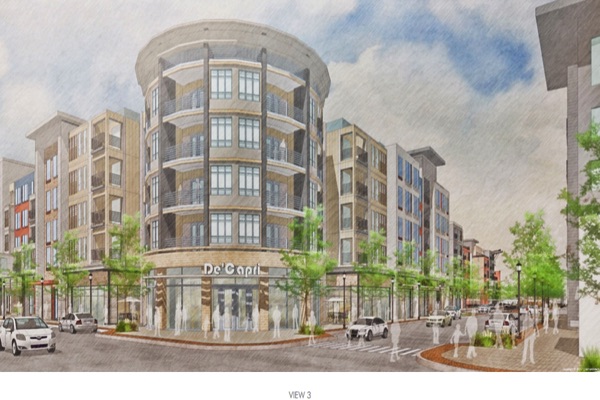 LONG BRANCH: The developers of Long Branch's Lower Broadway redevelopment zone have taken a critical first step in their plan to revitalize the area.

According to Mayor Adam Schneider, the developers, Long Branch Partners/Diversified Realty Advisors have paid $1.2 million to the city to acquire the remaining land in the zone.

Long Branch Attorney James Aaron has said that the city still held mortgages on several properties and that as part of the redevelopment agreement, Long Branch Partners had to purchase the properties by Dec. 21.

"The payment of the 1.2 million dollars was the first requirement in the agreement," Schneider said on his Facebook page. "Tax appeals have been dismissed and work on the final drawing for the planning board has started."

On Dec. 11, the Long Branch Council unanimously voted to enter into a redevelopment agreement with Long Branch Partners after they paid their back taxes and spent about $2 million to demolish the buildings in the zone.

Diversified Realty Advisors Managing Partner Nicholas Minoia presented the plans to the Long Branch Council in November and said the overall plan includes 590 market rate rental units, 99,500 square feet of commercial space, 1,255 parking spaces in 2 parking decks and the construction of a boulevard. The commercial space will be located on the first floor of the buildings with four floors of residential units located above them.

The project will be built in four phases with the first phase located in the northeast quadrant of the zone and will include the construction of the boulevard, 28,000 square feet of retail and 166 residential units.

As part of the redevelopment agreement, the developer has a financial agreement with the city for a $5 million redevelopment area bond (RAB) for the construction of the boulevard.

Phase 2 will include 20,100 square feet of retail with 173 residential units in the southeast quadrant of the zone.

The third phase will be located in the northwest portion of the zone and includes 28,500 square feet of retail, 108 residential units and the construction of the first of two multi-level parking decks with 534 parking spaces. A building containing 30 units of affordable housing will also be built off site as part of the third phase. The location will "be determined at a later date," according to Minoia.

The fourth and final phase will consist of 22,500 square feet of retail, 143 residential units and the second multi-level parking deck with 590 parking spaces. The two parking decks will also require RABs from the city, but that amount was not discussed on Tuesday night.

The developer must now seek site plan approval from the Long Branch Planning Board and obtain any other necessary approvals before moving forward with their project.