Pier Village 3 Back On Track 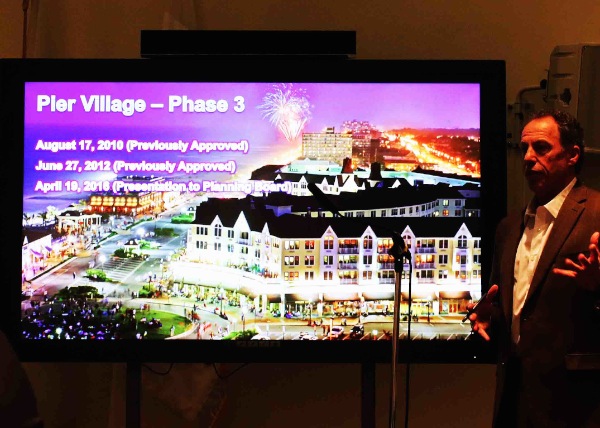 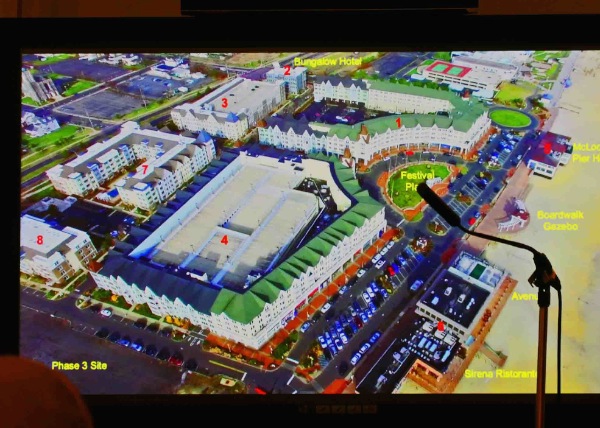 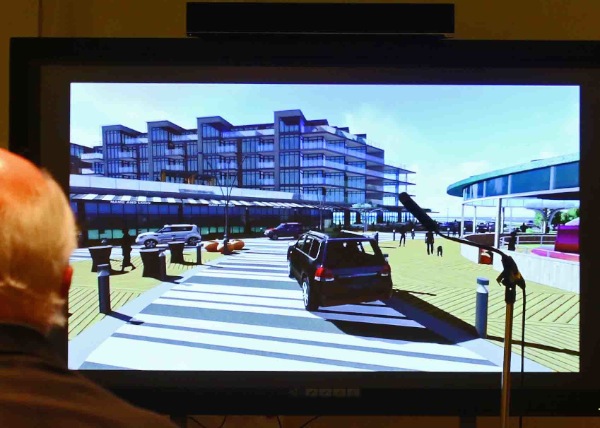 LONG BRANCH: The Planning Board took the hand-off from the council's last meeting on the major revitalizing projects in the city with a redevelopment agreement leading to the BP's hearing on Tuesday, April 19 as the new plans for the Phase III Pier Village construction project was revised since the original 2012 site designs and features. The revised plans needs site plan approval before moving forward with getting detailed plans for actual construction.

To briefly recap, Kushner Companies bought the property from Ironstate Development more than 4 years ago. They now will go through the steps to gain the city's acceptance on all the new and revised plans along with assessing their fit into the very successful first phase of Festival Plaza and the other following projects that made up the Bungalow Hotel and the living structures along Ocean Boulevard.

Thomas Bauer, the landscape architect for the project gave a Power Point presentation and computer simulated video of the site plan, comparing the earlier project with the new features and architecture including the accommodation of the new city boardwalk, the recently completed rebuilding of the waterfront after Hurricane Sandy. Part of the Phase III will be adding the piece from Morris Avenue to Melrose Place at beach side.

For those readers wondering, the carousel is still a part of the project, the people and kids fun part.

More changes include the now 269 condominium units, once 300 in 2010. The building will be 5 stories compared to four, with larger units but about 5,000 total fewer square feet of rental units' space. That includes the hotel footage in both the old and the new designs.

Rest rooms plans are roughly the same, as is the provision for beach access provisions. The hotel is 79 units, but now five stories with pool provisions for patrons. There will be underground parking.

The carousel is in the eastern center a little north of the hotel entrance, and the roadway will circle the pocket ark and carousel, slowing traffic to sensible speeds to keep walkers safe.

Other new features include the vehicular circle, the park, and architectural upscaling of concrete versus wood, highly articulated facades - beautification at its best, deep balconies and terraces and street level retail enterprises a bit higher to keep the physical perspective upbeat.

The hearing will continue at the next Planning Board regular meeting in May 17 at 7:00 P.M. Notice to be provided with that agenda, and no further public notices required.