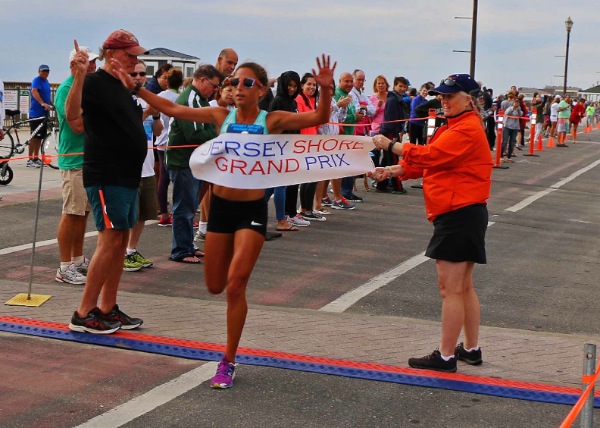 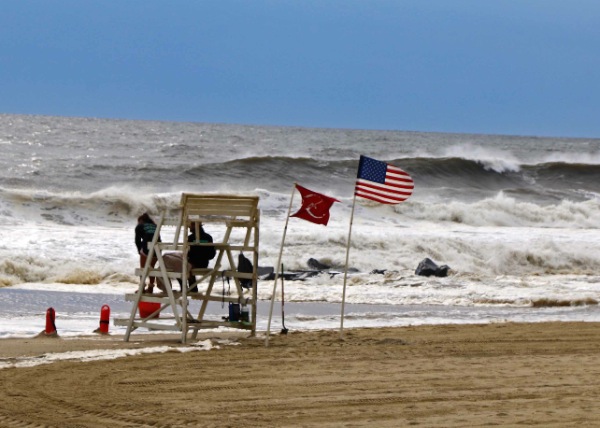 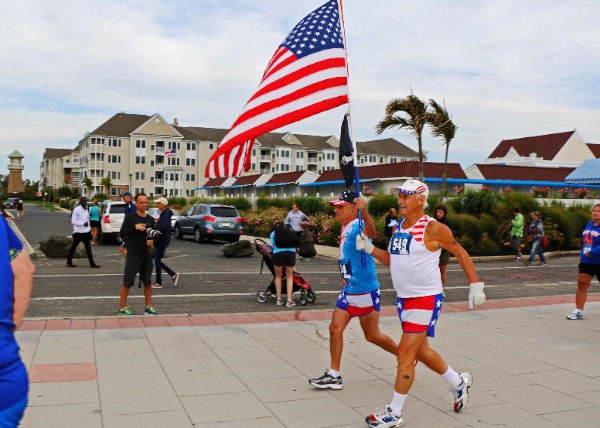 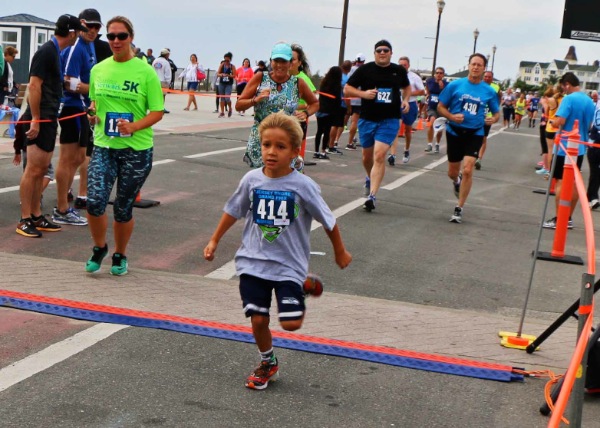 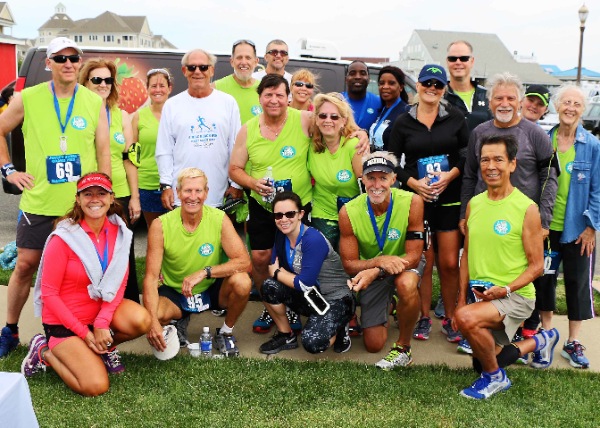 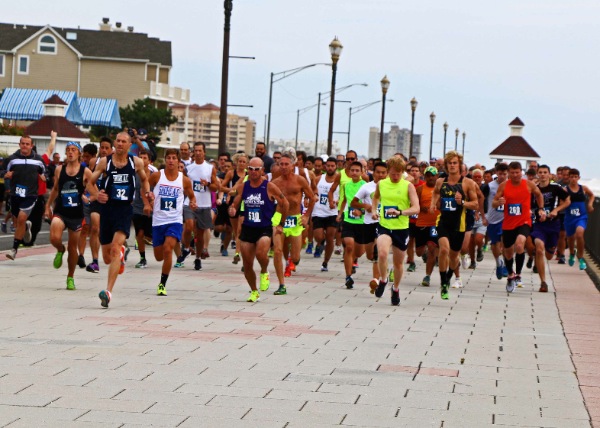 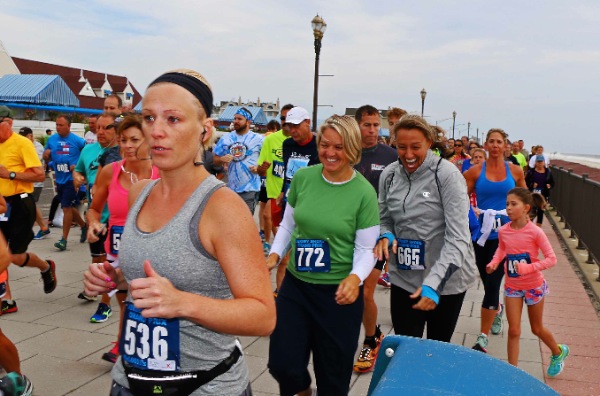 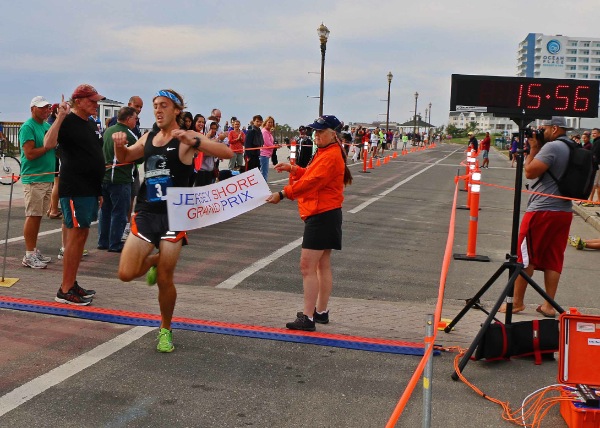 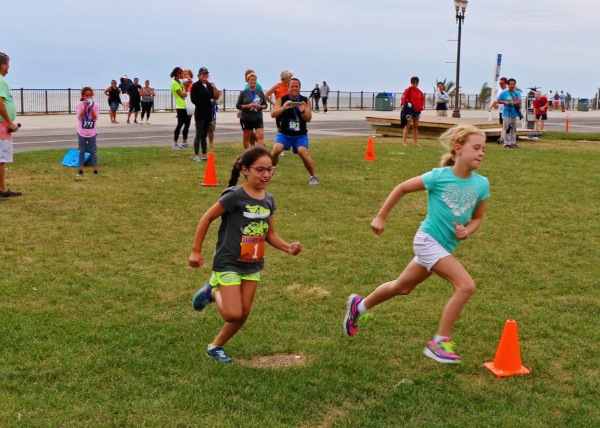 At the finish line, Brick's Brian Quilty (#3) cleared the timing strip in under 16 minutes, a full minute plus ahead of Tinton Falls' Kyle Clonan to take 2016 PV event and the final contest of the Shore Golden Title. Third place went to Kieran Tonero of Livingston.

For the women, Bradley Beach's Amanda Marino (#9) breezed to a strong First Place finish. She too was a minute ahead of her Second Place challenger Jamie Butler of Leonardo. Beth Marzigliano of Lake Como was Third with a solid 19 minute performance over the wind-in-your face return leg of the challenge

The Grand Prix is a Jersey Shore highlight of the area. The 4-event contests that began with 5-Mile runs in Spring Lake and Belmar and the Asbury Park 5K Sheehan Classic.

Jersey Shore Running Club officers Phil and Penny Hinck took the storm and winds in stride as they and their team checked out the course and crowds to assure things went well, safe for the running.

The Elite Racing Systems time keeper was at the ready.

At the Start Line near the north end of the boardwalk, the field of runners turned in unison to face the flag. They were led in singing the Star Spangled Banner by soloist Diane Johantgen.

Monmouth University Track Coach Joe Compagni was astride the bike that led the runners throughout.

Hinck called the countdown and runners sprang southward on the boards to the turn-around back to the Finish Line at the Great Lawn.

Everyone noticed military veterans Joe Renzella, Neptune City a Viet Nam vet , and Korean War veteran Joe Plaente, Toms River ]as they proudly carried Old Glory with colors streaming. They said they hold the privilege sacred each time they run with it. Both are medaled veterans "and proud of this honor".

Keeping with tradition, the Kids Races were held right after the 5K.

Finally came the winning awards and the raffle drawing presented by sponsor Tim McLoone, a former runner himself. Proceeds of the raffles will go to charities in the area.