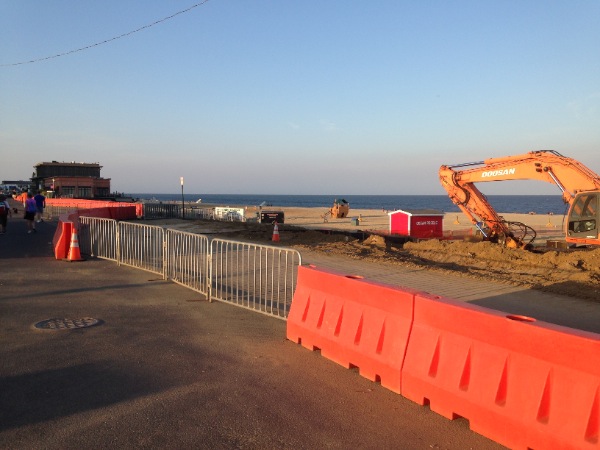 LONG BRANCH: Construction of the third and long-delayed third phase of Pier Village could begin next spring.

Long Branch Business Administrator Howard Woolley said at the Sept. 8 Long Branch Council meeting that meetings between city officials and the developer, Kushner Companies are still ongoing but that some issues are being resolved.

"Our hope is to get that under construction in the spring," Woolley said. "They have told me they want to do (the boardwalk) first."

Woolley said that if no deal is reached, some type of "transition" structure will be placed in the area so people can get on and off the beach and more easily walk through the area.

Kushner Companies took over as the developer for Pier Village Phase 3 last year and is looking to make some changes to the original plan. Those changes are still being discussed between the city and the developer and must be agreed to before any type of construction can begin.

Pier Village currently consists of 492 rental units with more than 90,000 sq. ft. of retail space, and more will added in the third phase, which will be located on the large lot of land between Melrose Terrace and Morris Avenue.

The first phase of the project will include, according to the original plan:

• Boardwalk improvements and infrastructure, a children's play area and a stage.

The second phase of the project will include: