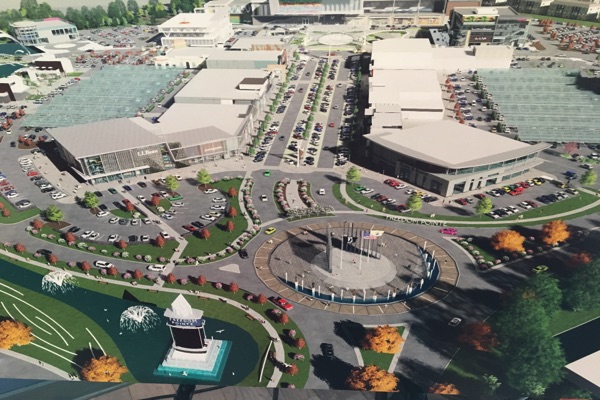 EATONTOWN: A deal that would have brought a $130 million development to Fort Monmouth has not come to fruition.

The Fort Monmouth Economic Revitalization Authority (FMERA) was unable to reach a purchase and sale agreement with the board-approved redeveloper of Parcel B, which fronts Route 35 near the main gate and currently contains 89 acres with 13 buildings that will be demolished to make way for the future development. The announcement was made at Feb. 21 FMERA Board meeting, but no specific reason as to why the deal fell through was not discussed.

Fort Monmouth Parcel B Redevelopment, LLC, an affiliate of Paramount Realty Services and LMS Commercial Realty, was looking to transform Parcel B into "Freedom Pointe," a walkable lifestyle town center, including approximately 350,000 square feet of retail space and 302 residential units. Fort Monmouth Parcel B Redevelopment LLC, signed an Exclusive Negotiations Agreement with the Fort Monmouth Economic Revitalization Authority (FMERA) in early 2016 for the redevelopment of Parcel B and was finally able to reach the PSARA this month for a purchase price of $22.1 million.

Paramount Realty is a name that has been on the minds of nearby residents in Ocean Township, as they are planning on building the "Ocean Town Center" on the corner of Route 35 and Deal Road.