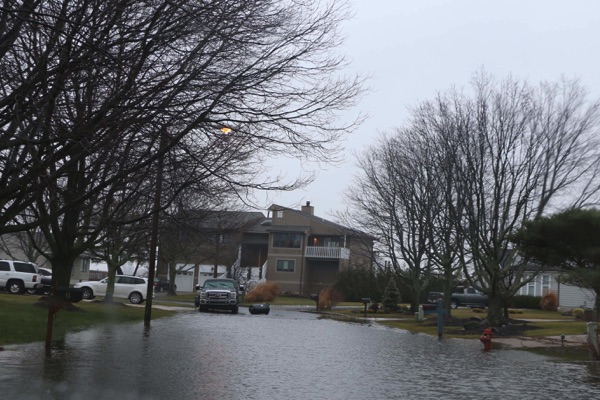 LONG BRANCH: Workers are in the process of addressing several flooding issues throughout the city.

"Of those 60, probably about 12-15 of them have been completed already and others are being worked on, so we are making progress," Freda said at the April 11 Long Branch Council meeting.

Freda said many of the locations are in the northern portion of the city near Atlantic Avenue. The city has received FEMA funding to install 25 Tideflex check valves in this area which allow tide waters to go out but not come back in. Long Branch Business Administrator Kevin Hayes said that project has been awarded to a contractor and should begin shortly.

The city is also looking to survey some of the sewer lines in the area of Sixth Avenue and Spruce Avenue to see if there are blockages in that area.

Freda said a long-standing drainage issue on Edwards and Coleman Avenue is also on the city's list of problem areas that will be addressed soon.

One project that has already been completed is a drainage fix on Dale Street. Freda said he has not heard any flooding complaints since the work was completed.

Freda said there are some areas that will always flood when the rain is as heavy as it was two weeks and was falling at several inches an hour.

A flood plain management meeting will also be held on May 3 at Long Branch City Hall from 6-8 p.m. to address residents questions/concerns about flood insurance and mitigation.