Plans For New Eatontown Grocery Store To Be Unveiled Soon 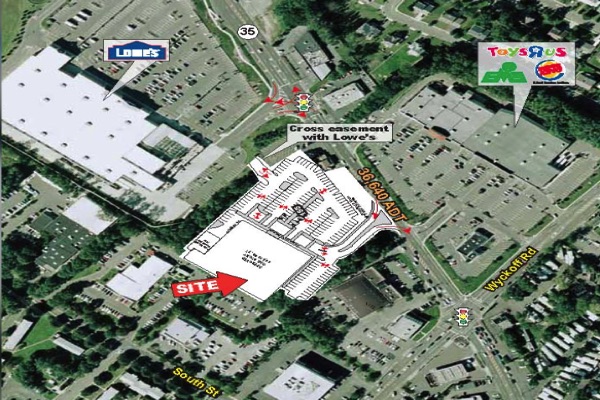 EATONTOWN: It's happening nearly a month later than expected, but the plans for what would be Eatontown's only grocery store will be show to the public next week.

LIDL, US, LCC, has applied to the Eatontown Planning Board to seek site plan approval to build 35,962-square-foot grocery store "together with required parking and site improvements" at 136 Route 35, Eatontown. The site is located next to Lowe's and across the street from Toys 'R Us in what is currently a heavily wooded area.

Lidl is a European grocery store chain with 10,000 stores in 27 countries that is now expanding to the United States; specifically the East Coast.

The developer will appear before the planning board on Monday, Nov. 7 after the previous meeting scheduled for Oct. 17 was cancelled. The developer is seeking several variances, mostly associated with the parking area's landscaping. Lidl will also need variances for rear yard setbacks, the height of the retaining wall and the the amount of trees that will be cut down to make way for the store.

The developer's engineer, architect and other witnesses will likely be present to the explain the project to the board and the public, which will both get a chance to ask questions about the application.