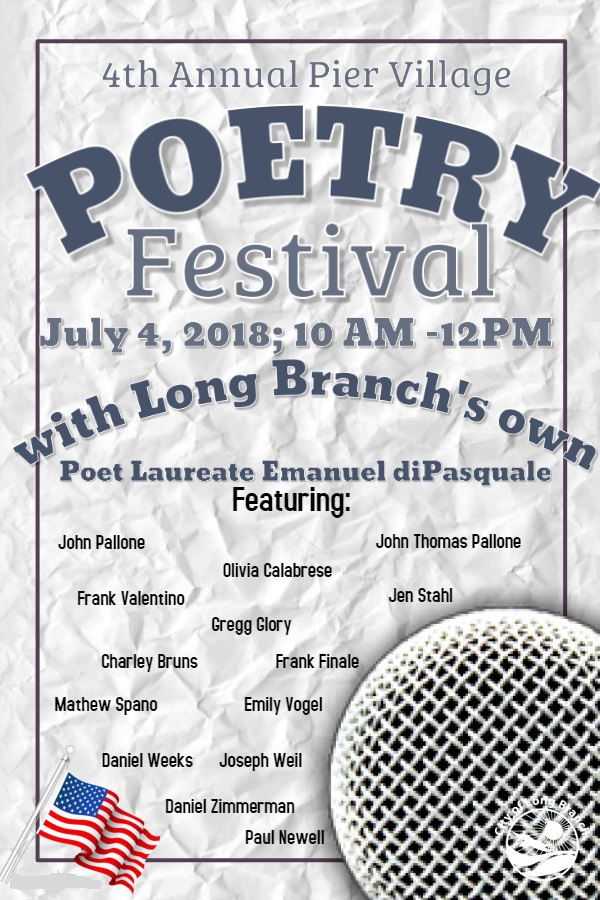 Mr. diPasquale has lived in New Jersey since 1968 and was instrumental in founding the Poetry Festival. He was named Long Branch's Poet Laureate in 2014.

His books of poems include Genesis (BOA Editions Limited, 1989) and The Silver Lake Love Poems (Bordighera, 2000). He was awarded The Bordighera Poetry Prize in 1998, The Academy of American Poets' Raiziss/de Palchi Fellowship in 2000, and the Chelsea Award for Poetry in 2002.