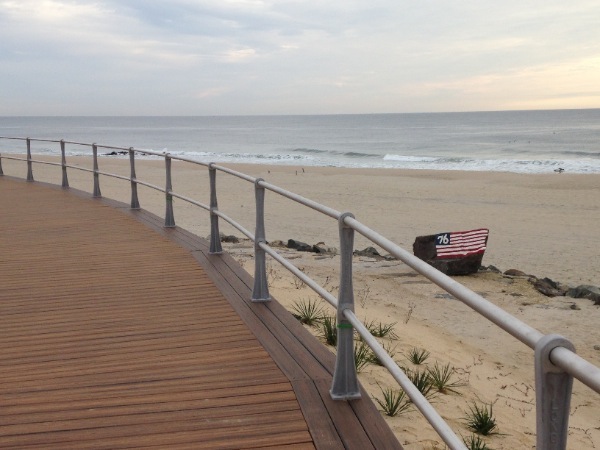 LONG BRANCH: The city police department has reported that a portion of the new boardwalk has been vandalized.

A large portion of the boardwalk has already been built by contractor George Harms Construction, so it is unclear exactly which parts were damaged by alleged vandals.

The Long Branch Police are asking anyone with information about the incident, or see anyone causing "any form of mischief" at the beachfront to call them at 732-222-1000.