Prosecutor: Man Who Barricaded Himself In House Had Warrant For Assault, Weapons Charges 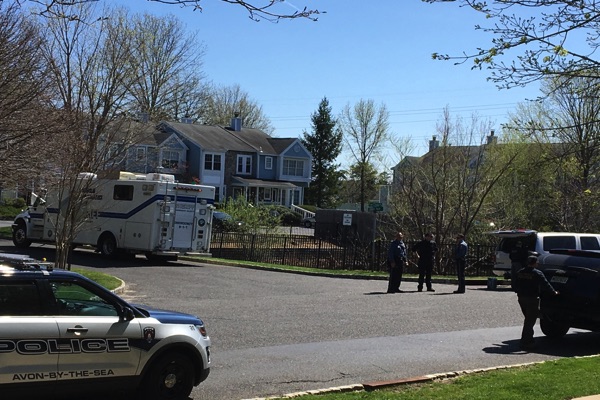 TINTON FALLS: The following is a press release from the Monmouth County Prosecutor's Office: A 38 year-old Tinton Falls man who had an outstanding warrant on the charges of third degree Aggravated Assault and third degree Possession of a Weapon for an Unlawful Purpose, was arrested Tuesday afternoon after he barricaded himself in a home and hid in the attic. The perpetrator was apprehended after officers from the Tinton Falls Police Department trusted their instincts and returned to a residence where a call for service had recently been made, announced Monmouth County Prosecutor Christopher J. Gramiccioni.

At approximately 8:14 a.m., Tinton Falls Police were dispatched to a residence within the Fox Chase development, off of Asbury Avenue in Tinton Falls, after reports of loud banging noises coming from a residence. An officer responded and saw an unidentified male in the rear yard of the home. The male entered the home before the officer was able to make contact with him.

The officer, in turn, responded to the front door of the home and made contact with a resident who indicated that there were no issues or any cause for alarm. After being initially satisfied that there was no cause for alarm, the officer left; however, based upon the circumstances of the call, the officer conducted some additional checks through police databases and determined that there may have been an individual at the home with an outstanding warrant for his arrest.

Accordingly, the officers responded back to the home. Police again made contact with a resident, who allowed them to check the home for any other persons. While police were present, they heard what they believed to be an individual inside the garage. An officer then escorted the identified occupants out of the home for their safety and secured the premises.

Shortly thereafter, the Tinton Falls Police Department contacted the Monmouth County Emergency Response Team (MOCERT). Members of MOCERT and other agencies responded to assist in attempting to apprehend the individual believed to be barricaded in the garage. After significant attempts to convince the individual to come out of the garage or to make verbal contact with the officers, members of the MOCERT team entered and ultimately apprehended the subject, Ryan M. Russell, 38, hiding in an attic of the home.

Russell, who had been staying at the residence, was placed under arrest for an outstanding warrant as a result of his failure to appear for an arraignment on the charges of third degree Aggravated Assault and third degree Possession of a Weapon for an Unlawful Purpose on October 11, 2016. The warrant had specified "hold without bail." Additional charges connected to Tuesday's incident are forthcoming.