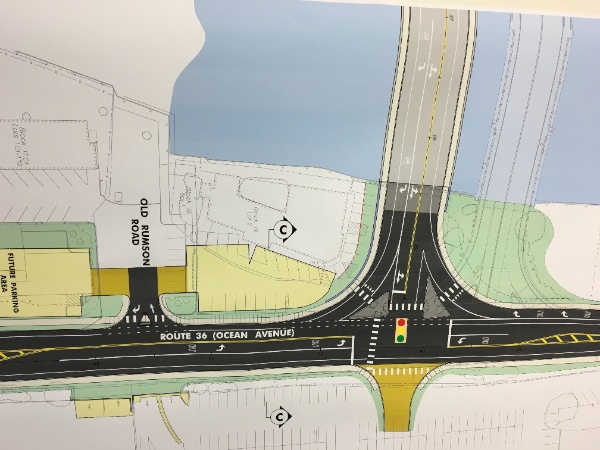 SEA BRIGHT: While construction is still a few years away, Monmouth County officials have shown off the latest plans for the new Rumson-Sea Bright Bridge.

The bridge was built in 1950 and has deteriorated over time to the point where routine maintenance can no longer address its deficiencies.

The decision was made in 2013 to build the new bridge 30 feet south of the existing structure after the borough councils of Sea Bright and Rumson passed resolutions of support for the design.

The project is still in its "local preliminary engineering phase" and some slightly revised plans were shown to the public on June 8 during two meetings held in Sea Bright and Rumson.

Monmouth County Engineer Joe Ettore said the project will cost over $60 million and will be federally funded.

"For Monmouth County to advance a project of this size on our own with our own tax base would be next to impossible, so it's extremely important that we follow the federal process and that we make sure that this project remains for federal funding as we go through the remaining steps," Ettore said.

The bridge will look similar to what is there today but it will be about 16 feet wider than the existing structure in order to accommodate 8-foot shoulder lanes on both sides.

Major improvements will be made at the intersection of Rumson Road and NJ Route 36 in the vicinity of the bridge to better accommodate pedestrians and bicyclists.

A new traffic light will also be constructed by the New Jersey Department of Transportation, but the right turns onto and off the bridge will now be controlled by yield signs and not the light as they are today. Sidewalks will be installed along northbound Route 36, pedestrian crossing areas with countdown timers will be added at the traffic signal and there will be bike lanes on both sides of the highway.

Because the new bridge will take away the parking on the north side of the Dunkin Donuts property, a new parking area where the Sunoco gas station was once located will likely be built to make up the for the lost spaces.

The next steps for the county are the acquisition of rights of ways, environmental permitting and finalizing a design for the bridge. These steps should be completed by the end of 2019 and construction should begin in the winter of 2020 and take about three years to complete.

The existing bridge is expected to remain open during the majority of the construction phase and will be demolished once the new bridge is completed.