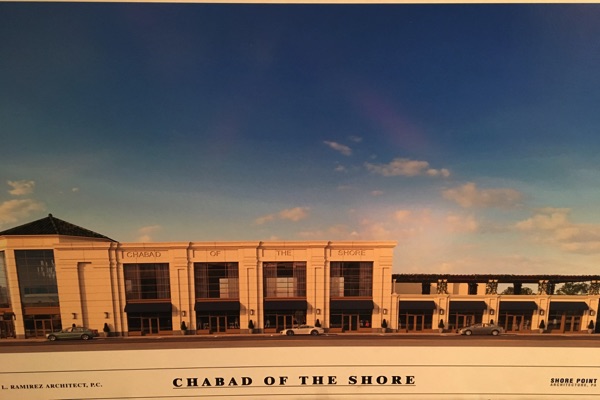 LONG BRANCH: A mixed use project which includes retail on the first floor and religious uses on the second and third floors has been given unanimous approval by the Long Branch Planning Board.

Chabad Of The Shore, a non-profit religious and educational institution currently located at 620 Ocean Ave., received site plan approval for their planned construction at 602-624 Ocean Ave. during the Oct. 5 planing board meeting.

The site currently includes a vacant movie theater and several closed stores which will all be demolished to make way for the new building.

"We're trying to be as flexible as possible," Tripp said.

Schapiro said he feels the center will be a "positive change for everyone."

"We look forward to being a part of the community," Schapiro said.

The C-3 West End Overlay District allowed Chabad Of The Shore to apply to planning board and not the Long Branch Zoning Board of Adjustment, which denied the group's previous plan, which did not include retail on the first floor. The zoning overlay allows houses of worship to be placed not he second floor as long as a portion of the first floor contains retail.

That board's denial of the use variance in 2013, caused Menachem to sue the city later that year. The litigation was dismissed as the city and Menachem worked together to create a new plan that is acceptable for both sides.

While the initial design presented to the zoning board was met with heavy criticism by locals, Wednesday night's hearing was attended mostly by supporters of the project. Only one person, a doctor who has a practice just to the west of the site, spoke at the meeting and asked about the shared parking situation.

Chabad Of The Shore was on the verge of purchasing the old West End School, but the group's appraisal of the property was lower than the $3.3 million it had agreed to purchase the school for in January, so the sale was terminated and the school was eventually bought by the New Jersey Repertory Company.

A timeline for the construction of the project was not given at the meeting.