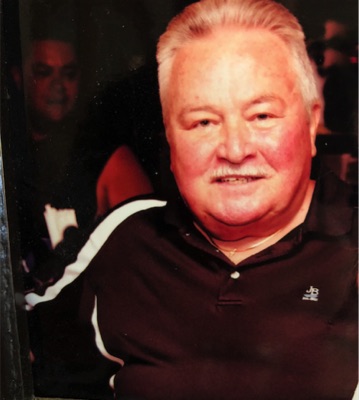 Lt. Joyce died from an illness on Wednesday morning, Dec. 27, according to the Long Branch Police Department's Facebook page.

His obituary has been posted on the Woolley Boglioli Funeral Home web site:

Pat was born in Germany, and came to Long Branch as an infant, he was from graduated Long Branch High School in 1969. At Long Branch High School, Pat started his band the "Cherubs" which he continued to lead until 6 years ago. The Cherubs became a staple of Jersey Shore bands, for many years they appeared regularly at the Columns, in Avon, Squires Pub in West Long Branch, Pat led the band playing at countless weddings, firehouses for New Years Day reorganizations, the car show in West End and many other events. Pat had a love for music, singing and being entertaining. For many years Pat was a member of the Holiday Express donating his time and talent with other's to bring the joy of the Christmas season to those less fortunate. He retired from Holiday Express in 2011.

Following graduation from Long Branch High School, Pat joined the Long Branch Police Department in 1972. Pat was promoted to Sergeant in 1983 and Lieutenant in 1989. He retired, in 2002, after a long successful career as Lieutenant where he was in charge of the Detective Bureau from 1995 to his retirement.

He was a member of Long Branch Elk's #742, after his retirement he enjoyed tending bar. Pat enjoyed working for Long Branch Seniors driving his ladies around town.

Pat had many great times golfing with his friends. They would take many trips to Florida & Myrtle Beach.

His Granddaughters were his life, he loved to relax with them and his Nancy and children by the pool. He enjoyed reading mystery books and true crime.

He was pre-deceased by his parents, Irmtraut and Patrick Joyce; his brother Peter and his long time friend and partner John O'Connor.

To send flowers or a remembrance gift to the family of Patrick M. Joyce, please visit our Tribute Store.