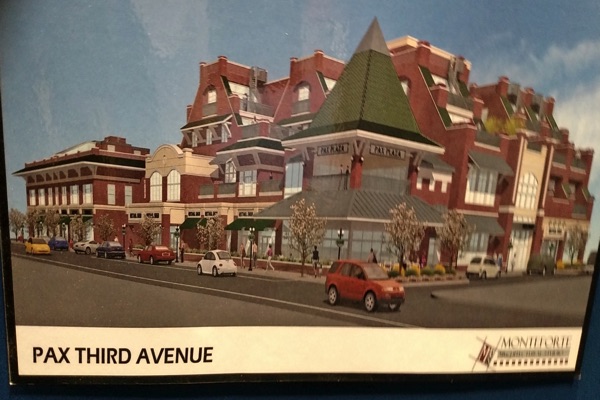 LONG BRANCH: An oft-delayed mixed use project in the city's Lower Broadway redevelopment zone has been given the sea of approval from the Long Branch Council.

The council unanimously passed a resolution which approves an amendment to its redevelopment agreement with the redeveloper, PAX Construction Corp., during its Nov. 28 meeting.

PAX originally received approval on Jan. 20, 2009 to construct a multi-use residential/commercial complex on the east side of Third and Belmont Avenue and is finally moving forward with their project. The developer has had their site plan approval extended by the planning board several times in order to keep the approvals from expiring.

The empty lot once housed the Independent Fire House, which was owned by the city. There were environmental issues at the site, but the city was able to remediate them and has sold the property to PAX.

The site plan for the 35,620-square-foot property includes 22 residential rental units, up to five of which could be designated affordable, a corner restaurant, seasonal rooftop cafes and gardens, and retail stores built onto four floors and two buildings. A portion of the rentals will be live/work units where a work area will be on one floor and a residential area will be on the second floor.

A new 2-story structure would also be built on Broadway that would include a bar/restaurant on the first floor and a loft on the second floor.

The main revision to the project is that the underground parking garage which would have contained 96 spaces has been eliminated from the plan due to "high water table level." The developers will now create a large parking lot along Belmont Avenue to make up for the spaces lost due to the elimination of the parking garage.