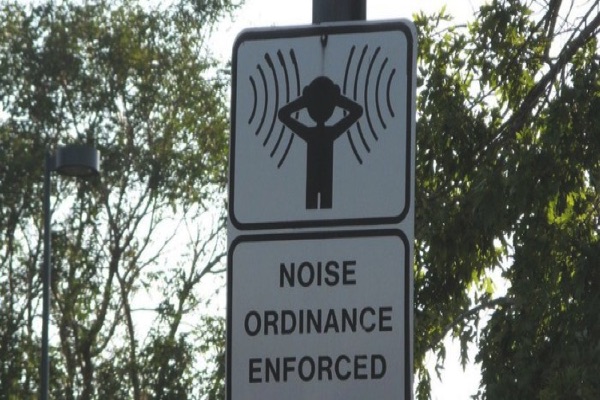 SEA BRIGHT: The borough council has changed its noise nuisance ordinance in an attempt to make it more enforceable.

Several residents spoke out against the ordinance, which was adopted by the council during its April 4 meeting.

Janice Patterson, who lives in the Nautilus condominiums half of the year, said the loud noise generated by nearby Tommy's Tavern and Tap is a problem for her family and said she feels the ordinance will limit her ability to do anything about it because she is less than 50 feet from the property line of the bar.

The ordinance states that any measurements for noise violations must be made from at least 50 feet away from the property line from where the sound is being generated. A decibel reader will be used by police to pick up amplified sounds such as music and construction noise, but noise from talking cannot be picked up clearly by the reader and how loud it is will be subjective. The state-allowed decibel readers do not pick up noise from talking or shouting and are the only ones admissible in court, according to Sea Bright Police Chief Sorrentino.

Tommy's owner Tommy Bonfiglio also spoke during the meeting and said he feared his business would receive too many violations under the rules of the new ordinance.

"Tommy's is going to get tickets and it's a concern," Bonfiglio said.

The fine structure of the ordinance has been changed so that there is now a fine schedule based upon number of offenses. Currently the ordinance states that it's simply a fine of up to $ 1,250. The revised ordinance changes it to $200 for the first offense, $500 for the second offense and $1,250 for the third offense. Following the third violation, any offender can get public service or prison for up to 90 days. However, the next offense has to have occurred within 5 months of the previous one for them accumulate.
Bonfiglio said he feels he is a victim under the new ordinance.
"I'm an asset to this town," he said. "I'm an approved use and in this case, we have residential people in a business district."
Sea Bright Borough Attorney Roget McLaughlin said the ordinance was not designed with one establishment or group of residents in mind.
Councilman Marc Leckstein said he felt the ordinance was fair.
"There's an old adage that says if neither side is happy, you're probably doing something right," Leckstein said.
Councilman Kevin Birdsall agreed and said businesses will have to adjust to the new ordinance.
"It gives incentive to the business owners to self-police and do something to make everybody happy," Birdsall said.
Councilman Charles Rooney was the only member of council to vote against the ordinance because he said it will be difficult for police officers to make a subjective call when decibel readers are not being used to measure noise.
The ordinance states that between 8 a.m.-10 p.m., sounds at or above 65 decibels (dB) and sounds between the hours of 10 p.m. and 8 a.m. at or greater than 50 dB will not be allowed within 50 feet of the sound generator. When the source and receptor share a common wall, floor or ceiling or on the same parcel of property, sounds exceeding 55 dB will not be allowed between 8 a.m. and 10 p.m. and 40 dB from 10 p.m. to 8 a.m.
Read more from: Sea Bright - Monmouth Beach
Tags: Sea Bright, Sea Bright News, Sea Bright Noise Ordinance